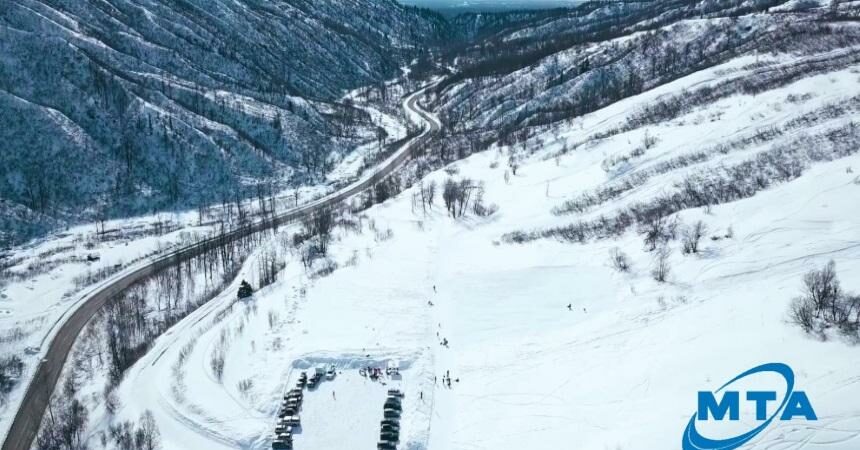 Alaska is disconnected from the rest of the United States in many ways - this is, let's say, the place's differentiator. However, giving residents the option to participate in the modern connected world is important to the state's prosperity, and lately, this hasn't been easy. And it is for this purpose that broadband operators are collaborating with Canada to connect the icy 50th American state to the rest of the country. Like? Extending hundreds of kilometers of high-speed fibers over land.

According to TechCrunch, the plan Alaska Canada Overland Network, which has the telecommunications company MTA, will directly connect Alaska to the 49 other "downstairs neighbors" by land for the first time. This will improve network access across the region, with a connection whose speed reaches an astonishing 100 terabits per second and which may increase as fiber optic technology evolves.

Today, Alaska is far from being an “island” - but connectivity is somewhat slow and complicated, making common tasks that require broader broadband, such as watching HD videos, impossible. Most of Alaska's network traffic has to pass through one of four old submarine cables and travel to Seattle, where the facility closest to peering (exchange of internet traffic), before reaching the broad internet.

“Business Forgets Alaska,” says MTA CEO Michael Burke, in an interview with TechCrunch. Although a large recent project connected peripheral communities from the state to the central region, it did not add any addition to the range of broadband available - it just put more people on the same lines. “To reach the terabit, a lot of data traffic is required. And some of these cables are 20 years old, so I don't know how much more can be extracted from them, ”adds Burke.

Where does Canada enter into this story?

The solution would be to build a better infrastructure, but how do you do that when you have 3,2 thousand kilometers from another country between the origin and the destination? It turns out that Canada, during the past few years, has increased its investments in connectivity, since it faced the same connection problem between the populous south and the sparsely populated north of the country. Burke explains how this happened: “Canadians are like the United States, they want to build fiber in rural areas. And they built fiber to Haines Junction, which is just 320 kilometers from the U.S. border with Canada. ”

This means that now, instead of creating a 3,2 thousand km network from scratch, they can run a few hundred kilometers and connect to the existing infrastructure. It's a win-win operation: the fiber will be used to send traffic from Alaska across the border to Seattle, just as submarine cables do, only much faster.

MTA is providing money for Canadian providers to develop the fiber for that extra distance, without any government involvement in the investment. Traffic between Alaska and Canada will also be massively accelerated, as it may simply enter the border instead of passing through Seattle.

“We are running along the Alaska-Canada highway, which is well maintained. It is not as technically challenging and it is not as difficult as places where you have to cross terrain where there are no roads, ”says Burke. He guarantees that the surveys have already been done and the work will begin next week, scheduled to be completed in 2020.

Enough base! Discover devices that function as wireless chargers

Sonic the Movie director says character will be redesigned after criticism