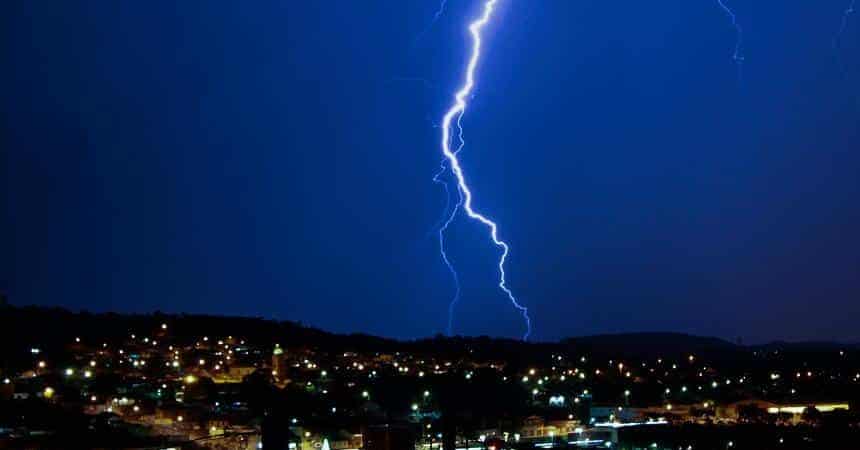 The largest horizontal distance radius in the world, which occurred on October 31, 2018, had its beginning registered in Santa Catarina. The revelation was made by USP researcher and meteorologist Rachel Albrecht, based on satellite images released on Monday (29).

The video shows that the electric discharge of 709 kilometers in length and 11.360 seconds in duration appeared initially in the city of Campos Novos and branched out to two different sides. Both the extension and the duration of the lightning could be measured with the use of a sensor that detects sources of electrical discharges every two milliseconds.

“A branch went to the neighboring city of Zortéa and then to the West and Northwest along the cities on the border of Rio Grande do Sul, until reaching Argentina. At the same time, another branch went to the city of Campos Novos and then to the South, passing through Rio Grande do Sul until reaching the ocean, where it returned to the South Coast of Santa Catarina, ending in the surroundings of Armazém and Braço do Norte ” explained Rachel.

According to the researcher, the fact that these regions are prone to the formation of severe storms with enormous horizontal extension contributed to this record of distance being registered.

Covid-19: Oxford vaccine may be distributed in 2020