GM shows teaser and will reveal electric Hummer on October 20

A General Motors announced the new release date for Hummer EV. The company will tell some details about its new electric truck on October 20, the same date that online reservations for the car will be opened.

The automaker originally planned to reveal the electric vehicle on May 20 this year, but the pandemic of coronavirus ended up delaying GM's schedule. 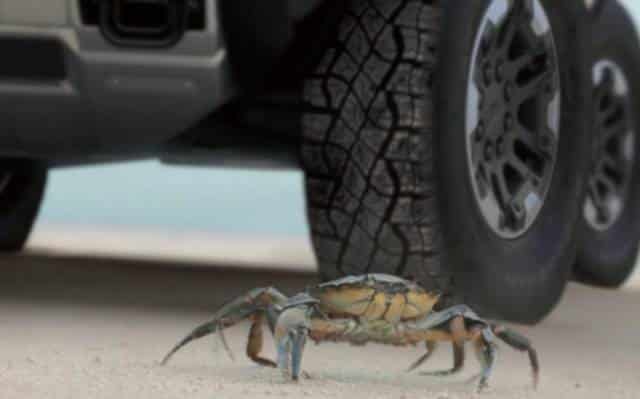 Last week, General Motors teased fans with an enigmatic publication on its Twitter, and now confirmed the speculation: the Hummer EV will have a “crab mode”, which will allow the car to move diagonally.

In addition, we already know that the Hummer's electric motor will deliver up to 1.000 horsepower and will be able to accelerate from zero to 100 km / h in about three seconds. The driver will have the option of removing the roof panels so that he can more easily enjoy the landscape while driving.

All of these features should make the electric Hummer an interesting vehicle, but whether there is a market for a luxury super truck in 2020 is another matter. Not to mention the great competition that the Hummer EV will encounter along the way: Rivian R1T e Tesla Cybertruck.

A General Motors announced this Tuesday (8), an investment of $ 2 billion in shares of the electric car startup Nikola. The deal makes GM 11% owner of the company and responsible for the manufacture of its vehicles.

With the investment, GM will be responsible for producing Nikola's electric pickup trucks until the end of 2022. The partnership also guarantees exclusivity in the supply of fuel cells.

The automaker has already announced that it intends to launch 12 electric cars by 2023, in an investment of more than R $ 106 billion.