We do Olhar Digital and our partners use cookies, localStorage and other similar technologies to customize content, ads, social media features, traffic analytics, and improve your experience on this site in accordance with our Terms of Use and Privacy. By continuing to browse, you agree to these conditions.
Olhar Digital > News > New treatment uses 'Trojan horse' to invade and kill tumors

Researchers at Nanyang Technological University in Singapore have developed a new treatment that transforms nanoparticles in a kind of “Trojan horse”, which enters the cancer cells and make them self-destruct. Laboratory experiments on rats showed that the tumor growth has been reduced or even avoided with the new approach.

The technique involves coating silica nanoparticles with a specific amino acid (L-phenylalanine) on which cancer cells depend to survive and grow. “Hungry”, the tumors absorb the disguised substances and end up killing themselves in the process - making the treatment totally drug-free.

The anti-cancer therapeutic nanoparticle has a diameter of 30 nanometers, or approximately 30 thousand times smaller than a human hair. Called “Nanoscopic phenylalanine Porous Amino Acid Mimic”, or Nano-pPAAM, the compound killed about 80% of cancerous breast, skin and stomach cells, an efficiency comparable to conventional chemotherapy drugs, such as cisplatin. The discoveries were published in the scientific journal Small.

“The properties of Nano-pPAAM are intrinsic and do not need to be 'activated' by any external stimulus. The amino acid L-phenylalanine acts as a Trojan horse - a cover to mask the nanotherapeutic inside, ”explains Dalton Tay, the study's lead author. "By removing the drug component, we have effectively simplified the formulation of nanomedicine," he added.

The amino acid coating of Nano-pPAAM helps the nanoparticle to enter cancer cells via the LAT1 carrier molecule. Once inside the tumor, Nano-pPAAM stimulates the overproduction of reactive oxygen species, causing cancer cells to self-destruct - while remaining harmless to healthy cells. 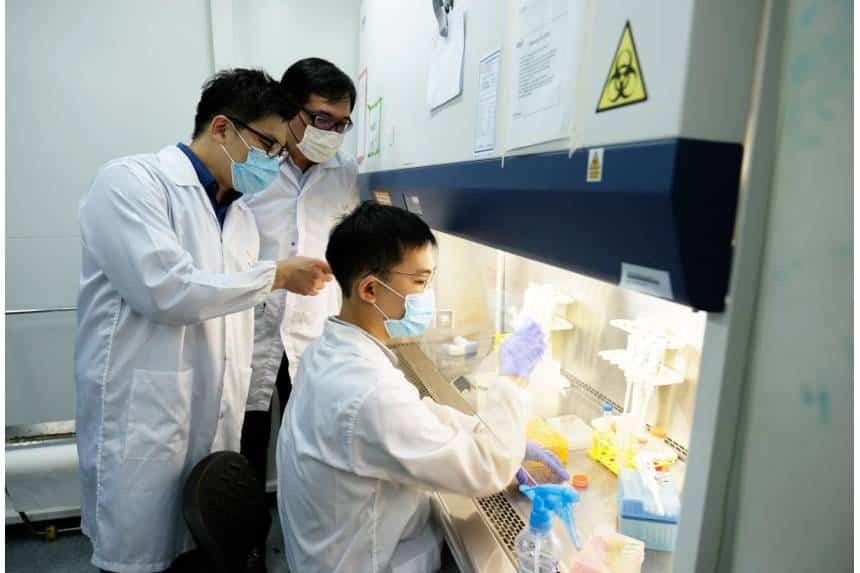 Researcher Dalton Tay's team works on the development of the nanoparticle at the Nanyang Technological University in Singapore. Image: NTU Singapore / Press Release

“With current chemotherapy treatment, a common problem faced is that cancer becomes resistant to the drug. Our strategy does not involve the use of any pharmacological drugs, but depends on the unique properties of nanoparticles to release a catastrophic level of reactive oxygen species to kill tumors ”, says the study's co-author, Tan Nguan Soon.

The scientists' next step will be to further refine the design and chemistry of Nano-pPAAM to make it more accurate in targeting specific types of cancer, and thus achieve greater therapeutic effectiveness. This includes combining the method with other therapies, such as immunotherapy, which uses the body's immune system to fight cancer.

First image of a black hole turned into film