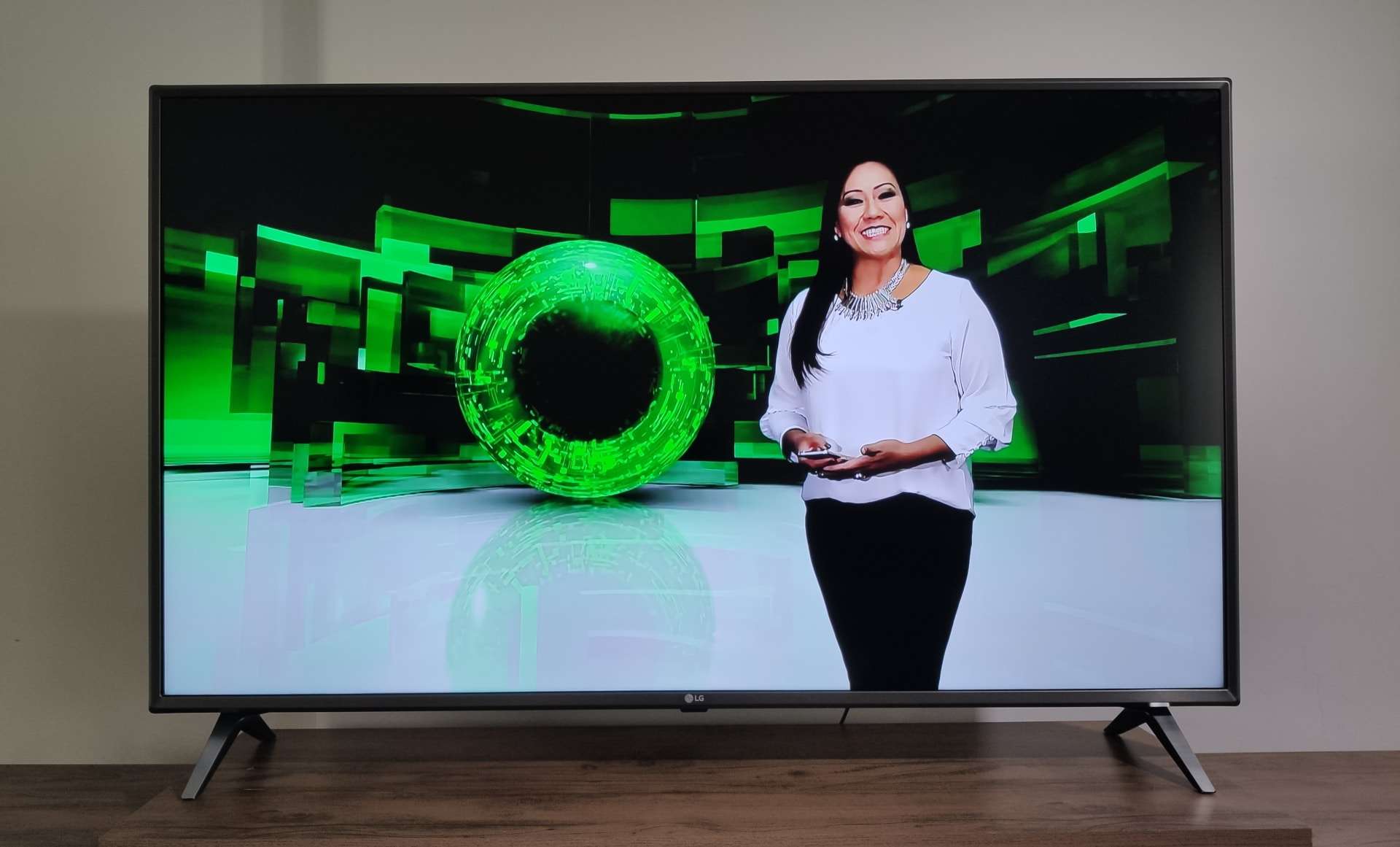 A LG in 2020 brought a lot of news to the segment of smart TVs with devices of different categories. Already a very successful line of it is the entry, which brings simpler TVs like the LG 50UN8000, which can help even those who want to build their smart home.

O Olhar Digital received for review the TV LG 50UN8000 also known as the model 50UN80, a Smart TV with 4K resolution of 50 inches and tells below what you think of it. Check out:

As it is an entry model, of course, the LG 50UN8000 ends up taking a very simple and different finish than what we see in the other lines of the brand. Still, even so, it is still a beautiful device that has a silver metal finish for its edges.

In general, for an input device, its edges are very thin, which we highlight as positive. Its base is separated by two feet, which means that you need a little dedicated space in the furniture just for it.

The device connections, in turn, are divided between its rear and side, and the number of connections ends up being enough for most people. Are they:

Despite the beautiful finish, unlike some entry models of other brands, the LG 50UN8000 does not have any mechanism for you to leave your cables stuck or hidden. So, this can be a problem depending on your environment, which can get a little "disorganized".

As for controlling the system, LG does not surprise anyone and continues to bring the remote control with Smart Magic, which allows you to use the device as the mouse cursor. In general, the control continues to be great and very practical, although some buttons are unnecessary.

Even if it is an entry-level product, the 50UN8000 from LG ends up surprisingly in terms of performance, since it has almost no slowdowns to open and applications and navigate the menus. As is already the brand's tradition, the solution adopted on this TV is the Web OS.

By default, it already has some pre-installed applications, such as the main streaming services today, which only need an update and their login data to be working. The application store, on the other hand, is quite complete and brings practically the main programs of the moment such as Plex or Disney +, which is only appearing on newer smart TVs.

For those who are looking to make their home smart, the LG TV also shows itself as a good option by having the "Control Panel" to be able to add devices to be controlled there. Not only that, the Web OS allows the LG TV to be controlled by the Thinq platform, Google Assistant and Alexa, that is, there is no lack of options.

In general, for those who are more concerned with controlling the system, Google Assistant is the one that is best integrated with the Web OS. However, Alexa is not far behind and brings commands that can be very useful, in addition to the possibility to do more actions with skills.

Regarding the image, it is worth remembering once again that here we are talking about an entry product. So, despite not being ugly, it still has an image quality far from what we see in the premium lines Nanocell and Oled.

In general, the LG 50UN8000 presents images with a good level of brightness, and its contrast, sometimes ends up being a little exaggerated and does not let the colors become so vivid. Even though it is a TV with an LED type display, its black tones do not end up being so washed, which we consider something very positive.

In terms of definition, there are really no negative points, since the TV is able to present images with a good quality even when having to upscale content with lower resolutions. At least, in my tests with content with Full HD resolution, the TV did not disappoint me.

In fact, thanks to the processor of this model, the “Artificial Intelligence” image mode proved to be very effective in my tests, always bringing the right balance to the level of contrast, brightness and color intensity.

A small observation to be made about my tests is that it was not possible to notice any “light leak” in this model, a point agreed by LG. However, in some images with "more discreet animations", I noticed small "artifacts", like "squares or blocks" that should not appear.

On the other hand, a differential because it is an entry-level product also lies in having support for the HDR 10 Pro, which often helps to optimize the quality of colors. Not only that, as well as high-end TVs, the LG 50UN8000 also features the infamous “Filmmaker” mode, which makes films have an image adjustment in the directors' version.

When it comes to games, this LG TV doesn't have many special features like AMD FreeSync or G-Sync. Still, it has game mode support to ensure that your input lag is not too high, which could result in delays for your commands.

As for the sound, this has speakers that have the power of 20W and it does very well. Although it does not accentuate the bass so much that it could benefit some effects, what stands out on this TV is the “Ultra Surround” mode, which really works well and can “occupy more of your environment”. In addition to it, the TV also has an artificial intelligence mode capable of refining other details automatically according to what is being reproduced.

The LG 50UN8000 is a good entry-level television, which manages to offer good image and audio quality. It is true that the image is not as perfect as that of its other lines, but in terms of cost benefit, it proves to be a great option.

For an entry-level TV, the LG 50UN8000's processing speed really impresses with quick commands. Not only that, for those who like voice commands, this product has three different options for virtual assistants.

The only small improvements that we would like to see would be more for its finish. First, we would like it to have a way to organize the cables, even if basic. Second, the location of the doors could be different, since those who use a rack with a panel on the wall may end up having certain difficulties, since most connections end up being at the rear and not at the side.

How much does it cost to produce a PlayStation 5?

After SP, Procon of SC notifies Apple about chargers

Aerion AS2: meet the successor to Concorde

Apple overtakes Amazon and becomes the most valuable brand ...