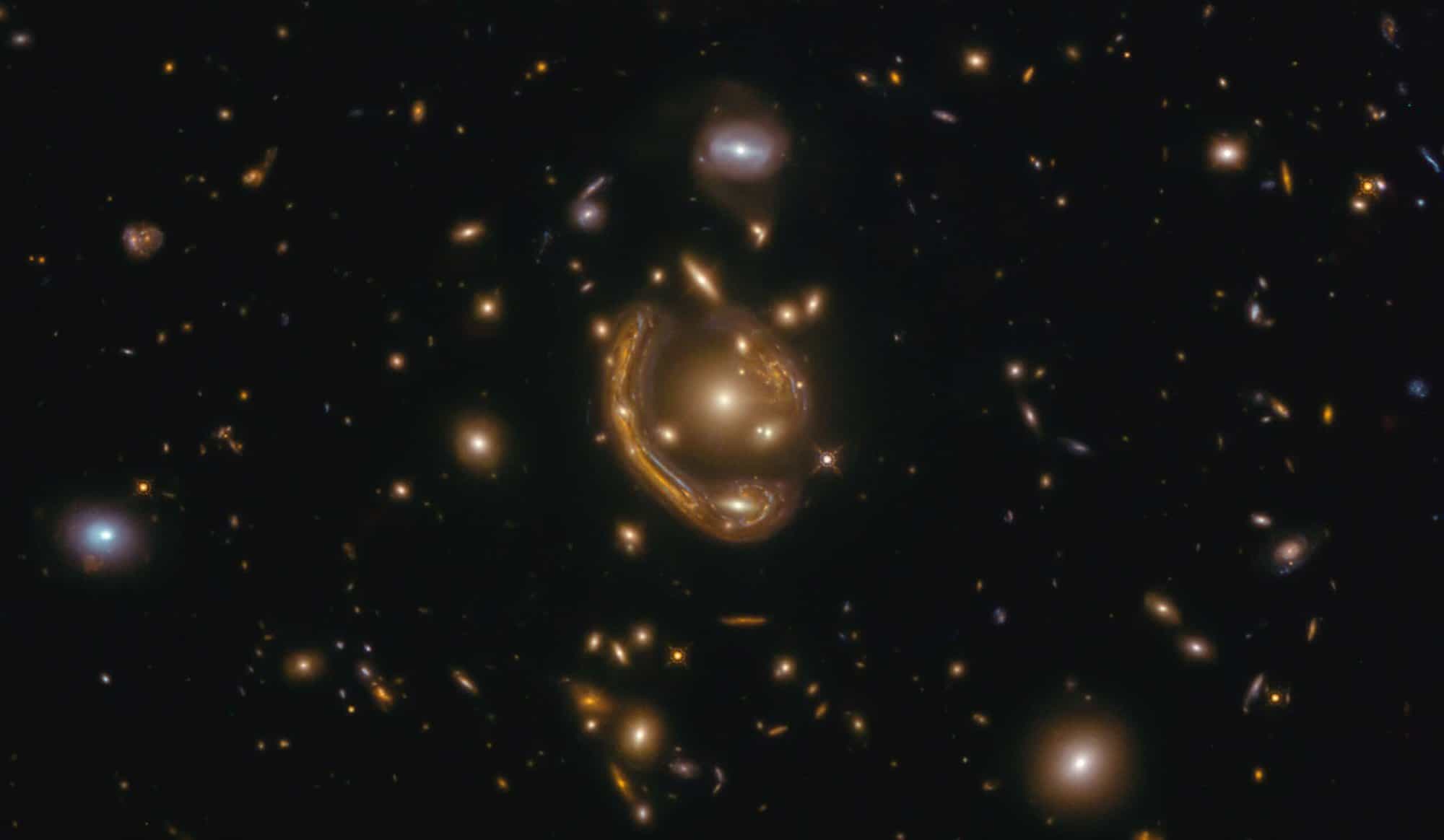 Hubble records phenomenon predicted by Einstein more than 100 years ago

Another astrophysical phenomenon theorized by Albert Einstein just over a hundred years ago was confirmed thanks to observations of modern instruments. NASA's Hubble Space Telescope achieved the rare record of an Einstein-Chwolson ring, the result of the distortion of light from an elliptical galaxy 4 billion light years away.

The image shows the galaxy curving around another, in the constellation of Fornax, the Furnace. The object, called GAL-CLUS-022058s, was nicknamed "Molten Ring" by astronomers.

Just before publishing his theory of general relativity, Einstein described these objects, formed by a process called “gravitational lens”, Which causes the light that shines from afar to be curved by the gravity of an object between its source and the observer. "In this case, the light from the background galaxy was distorted by the gravity of the galaxy cluster in front of it," explains NASA.

Since the Earth is almost exactly aligned with the two galaxies, gravity deformed and enlarged the light so that it formed an almost perfect ring. The gravity of other galaxies in the cluster causes additional distortions.

Einstein predicted the phenomenon in 1912, but the first to describe it was the Russian physicist Orest Chwolson, in 1924, who also mentions the “halo effect” caused by gravity when the source, the lens and the observer are in almost perfect alignment. . In a letter written in 1936, Einstein commented that “there is no hope of observing this phenomenon directly. In the first place, we will hardly get close enough to such a central line ”.