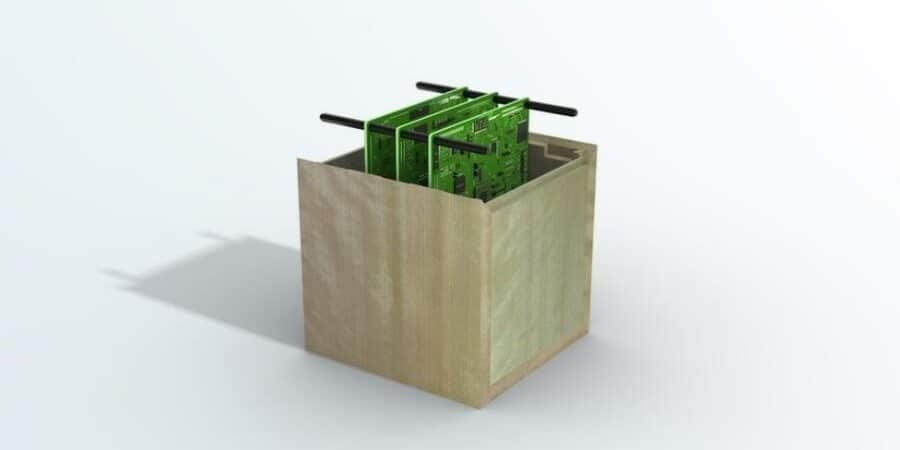 No metal, carbon fiber or graphene. The next satellites designed by the Japanese company Sumitomo Forestry and the University of Kyoto are expected to be made of wood. The reason? Minimize damage to the space junk present in Earth's orbit.

The increase in the launch of satellites into the atmosphere increasingly aggravates the issue involving space debris - formed by about 34 thousand objects (from screws to dead satellites) according to the United States Space Surveillance Catalog.

This damage would be greatly minimized with wooden satellites, as they would burn without leaving harmful residues in the atmosphere or debris when they returned to Earth.

"We are very concerned that all the satellites that re-enter Earth's atmosphere burn and create tiny particles of alumina (aluminum oxide) that float in the upper atmosphere for many years," said Takao Doi, a professor at Kyoto University and Japanese astronaut to the BBC.

"Eventually, this will affect the Earth's environment," added the professor.

The expectation is that satellite Madeira - which will be the first models made with the material - to be built by 2023.

To meet the deadline, Sumitomo Forestry has already started research on tree cultivation and the use of wood materials in space. Several types of wood are being tested in extreme environments on Earth, but according to a company spokesman, the wood under test is a “R&D secret (research and development)”.

The next steps should cover the development of the satellite engineering model and the manufacture of the flight model.

Problem must be aggravated

Space junk is one of the major problems to be faced by terrestrials. The more satellites and spaceships are launched, the more space waste is produced. And the situation is expected to get worse.

If the agitated space agenda of large countries like the United States and China were not enough, the Euroconsult research firm estimates that 990 satellites will be launched every year in this decade.

This may mean that, by 2028, about 15 satellites are in orbit - more than double compared to today.

It is important to remember that space junk travels at a speed of approximately 35,8 km / h and can cause considerable damage when reaching objects.

Therefore, the initiative of Sumitomo Forestry and the University of Kyoto has to be accompanied by other measures. In addition to integrating areas such as investments, the corporate sector and energy, sustainability must also be part of space agendas.