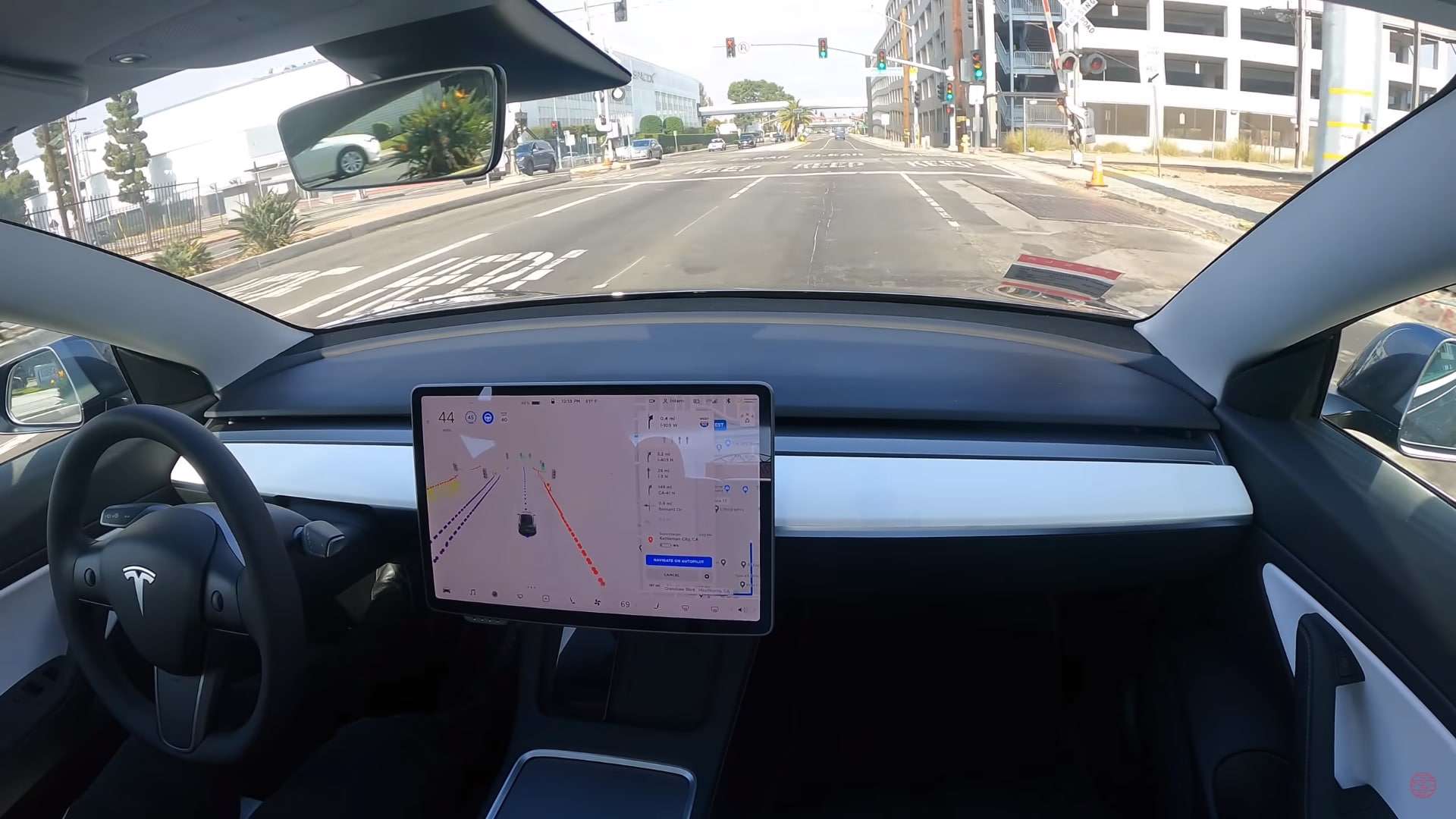 The future of motorsport has arrived, or at least it is a little closer. In an impressive technological display, a Model 3 covered 576 km between Los Angeles and Silicon Valley using only the resource Full Self-Driving (FSD), the “autopilot” of Tesla.

The driver filmed the route, showing that he did not interfere with driving at any time, except for a period of one minute and fifteen seconds, when he had to guide the car to a recharge stop. Altogether, the journey took about 5 hours.

Still in beta, the FSD was “cautious” at various times. It is possible to perceive mainly when the system makes conversions at corners or after stops, such as at traffic lights, or during times when the vehicle travels on highways using the Navigate on Autopilot feature, specific to these stretches.

“The fact that he [the FSD] went to Los Angeles and then returned without any intervention indicates that it was not just luck. The software is getting better and better ”, commented the author of the video on his channel on YouTube.

This was the driver's second trip using a Model 3 to complete a long journey through autopilot. On January 2 this year, he published a video showing the displacement of San Francisco to Los Angeles.

However, the youtuber mentioned a time when the FSD exhibited "strange behavior" when changing lanes in the Market Street area of ​​San Francisco. He also had to intervene for about a second to dodge debris on the road, in addition to making stops to recharge.

Full Self-Driving was released by Tesla a few months ago and only for a few drivers, but it has shown good results. The company has been doing over-the-air (OTA) updates constantly, based on data collected from its fleet of vehicles that circulates around the world.

How to connect a Bluetooth mouse to iPad

Fiber optics cut may have left thousands without internet

Amazonian variant of coronavirus is detected in São Paulo

“Live” bones are created by scientists on a 3D printer

Signal: learn how to link to groups