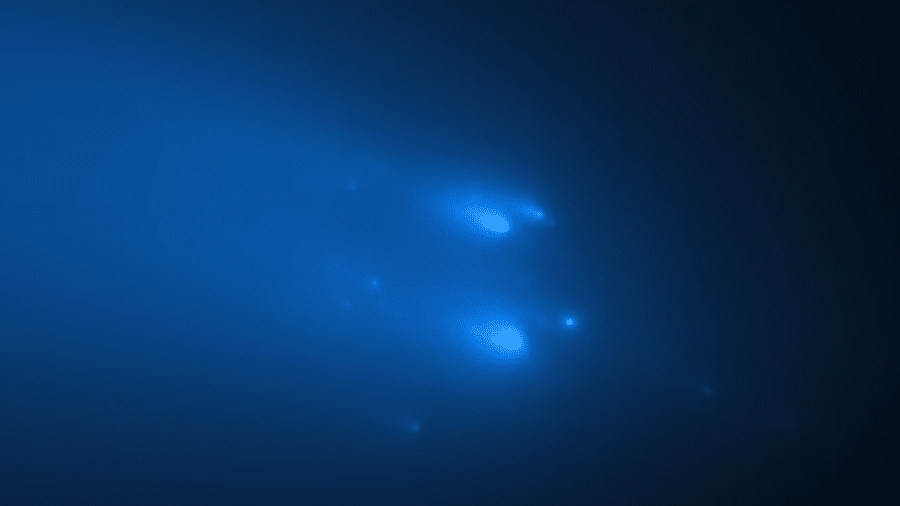 How to install and use ICQ on PC or mobile

The year 2021 has barely started, and people are already hoping to get there in December. And a comet, discovered in the first days of January, promises to be another good reason to look forward to the end of the year.

This celestial body was officially confirmed on January 10th, by Minor Planet Center, and received the name C / 2021 A1 (Leonard). He was discovered transiting between the constellations of the Cattle and Hounds by Gregory Leonard, who used the telescopes of the Mount Lemmon Survey in Arizona (USA). However, after its initial report, observatories from other parts of the world reported that they had located the same comet in previously captured images. This fact made it possible to determine its orbit with great precision, using a total of 101 observations since April 2020.

From the computed observations, comet C / 2021 A1 (Leonard) has a very steep and hyperbolic orbit. Comets with these characteristics come from the Oort Cloud, a spherical region in the outer reaches of the Solar System, where planetesimal bodies are located, composed basically of ice and frozen gases.

Eventually, a gravitational disturbance can launch some of these bodies towards the Sun, in a journey of thousands of years and, when they reach warmer regions of the inner Solar System (usually from Jupiter's orbit), the volatile elements present in the comet begin to sublimate , forming a tenuous atmosphere called a coma.

The interaction with solar winds can drag part of that atmosphere and also the comet's dust particles, forming the comet's tail.

Currently, the brightness of Comet C / 2021 A1 (Leonard) is too dim, even to be perceived by telescopes. However, the expectation is that, when approaching the Sun, it will become so bright that it can be easily seen with the naked eye, which should occur in the last days of 2021.

The best news is that when this comet reaches its greatest brightness, it will be seen in the southern hemisphere of the planet, which should favor observation in Brazil. From December 15th, it will be visible just after sunset, in the direction of the Sagittarius Constellation.

It is not yet possible to say exactly how brilliant it can become. Some estimate that it will be close to the fourth magnitude, which is already easily visible to the naked eye. But there are those who believe that it can reach zero magnitude, a brightness equivalent to that of Vega, one of the most luminous stars in the night sky.

And we still need to consider the surprise factor. Comets are very unpredictable, and with the approach of the Sun, they can present a surge of brightness, making them even more luminous than expected. On the other hand, they can also fragment and disappear, frustrating the expectations of observers here on Earth.

If all goes well, on December 18, the comet will pass just 4 million kilometers from Venus, forming a beautiful conjunction that can be seen in the early evening.

It should appear higher and higher on the horizon each night, however, less and less bright as well. Until the end of December, it will probably still be visible to the naked eye.

On January 3, 2022, it will reach its closest point to the Sun, approximately 92 million kilometers away. Over the course of the month, the brightness is expected to decrease further and will be visible only through telescopes. At that moment, the comet says goodbye to us and begins its endless journey outside the Solar System.

It is too early to say whether he will be a discreet comet or if he will be a celestial spectacle at the end of the year. It is certain, however, that, from now on, it generates a lot of expectations in the astronomical community. Let's stay tuned!

How to install and use ICQ on PC or mobile

How to disable keyboard vibration on Android