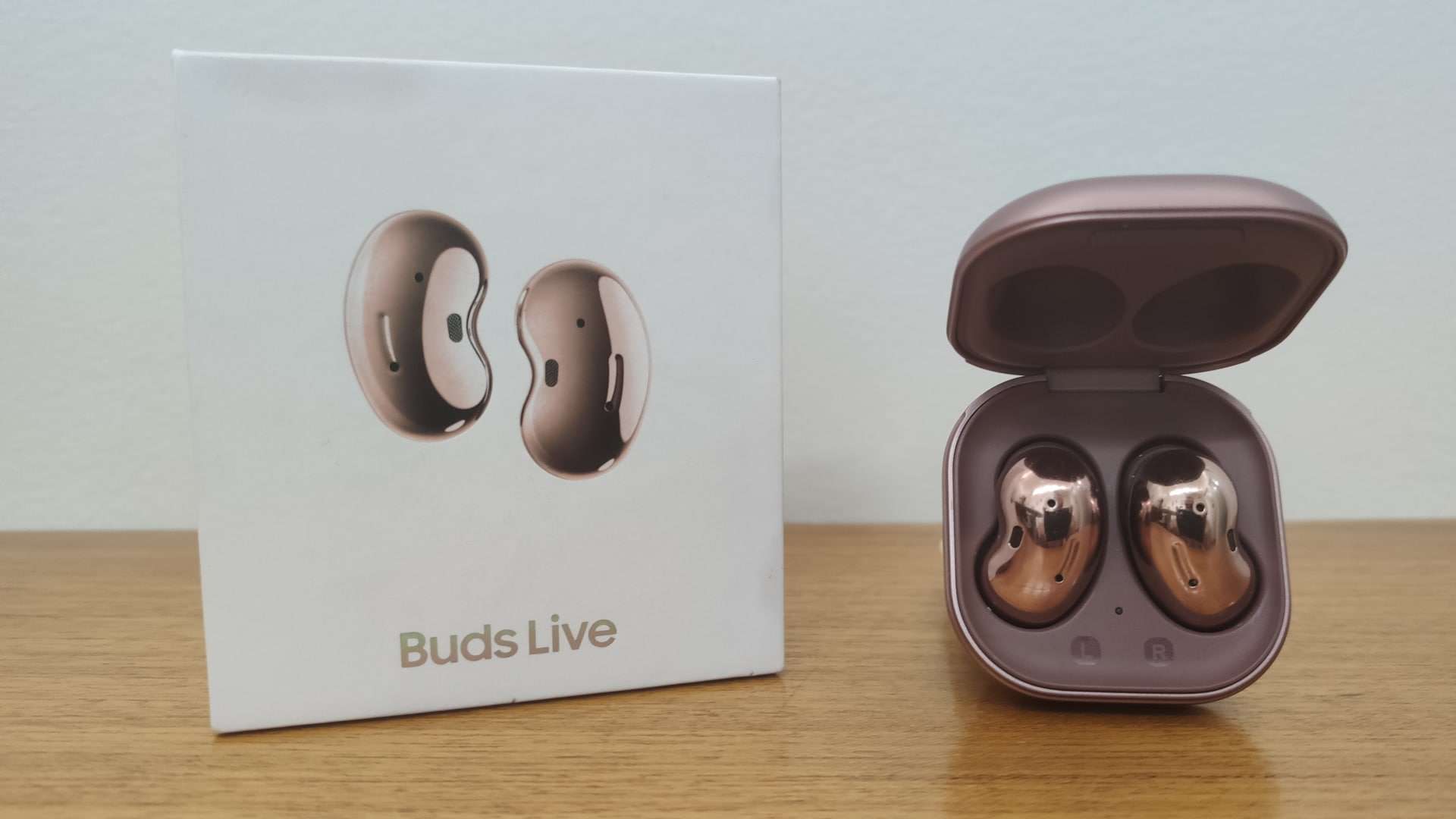 Last year, the Samsung launched Galaxy Buds Live, which ended up attracting attention precisely because of its shape similar to that of a bean bean. Not only that, following the market trend more and more, he is like “true wireless”, That is, he has no hair on his body.

O Olhar Digital received a unit of Galaxy Buds Live for review and after listening to a lot of music with him, making calls and other activities, tell us what you think. Next, check out the Galaxy Buds Live review.

Like most current true wireless headsets, Galaxy Buds Live is betting on a different design that resembles a bean. Being quite different from its competitors, something that also calls his attention is the fact that it comes without any rubber eraser equipped, although he brings a set of them in his kit, but they are not "conventional".

Although you think that having different erasers can be a negative thing, in fact, they proved to be completely unnecessary in my tests. As soon as I put the phone to my ear, I could already feel the sound being isolated and I found the product extremely comfortable, even though I used it for hours on end.

Most of the time, the phone was securely attached to my ear without leaving that feeling that it might fall. However, even with a sound to signal that it was placed, in some moments, I had doubts if it was completely fitted, since its sound was with a "lower volume" or gave this sensation.

Just like other phones in its category, through the body of the phone, you can also request some actions such as pausing a playback or answering a call. The difference here is that the actions can be taken on either side of the phone, that is, you are not restricted to using the right or left side for them. The actions are:

The box to store and recharge the headset ends up being very small and discreet, and it is the same color as the product. Its power is provided through a USB-C cable, which is also present in the headset.

Even though it is quite small, the sound quality of the Galaxy Buds Live really impresses. Before going into the details, it is worth remembering that the tests with the product were made using a cell phone with the Android system, songs in FLAC format and Spotify configured for the highest quality.

When starting the tests with music of the rock and metal genre, Galaxy Buds Live has always been efficient in the highs and mids, including, the vocalists' voice was in evidence, something that I personally like. In turn, in the pop genre, I had the same experience and, in general, only the bass were a little weak, but nothing that compromised the quality.

In volume, this phone does not disappoint and even with its somewhat different format, you will hardly hear the sound that is in your environment. In fact, something that I must emphasize and praise in the product is that even when I left its volume very high, at no time did I have distortion problems or anything like that.

For those who are concerned about calls, you will like to know that Galaxy Buds Live brings a good quality microphone. However, the option for noise cancellation, at least in my tests, was slightly below what I expected in performance.

In addition to all the above details regarding your audio, the phone can also be better managed due to the Galaxy Wearables app, which works on “non-Samsung” phones as well.

In general, the application is very complete and the one that stands out even in it is its equalizer, which works in an exemplary way. However, unlike some competitor's app, you are stuck with predefined genres. In addition, the application not only shows the phone's battery very clearly, it also shows how much charge your box has, something very useful.

Another point that this phone does not disappoint is its battery, which is capable of providing an autonomy above the average of its competitors. Right after a full charge, when listening to music without interruption for a little over two hours, the battery was 67% charged. After 5 hours of use, the battery still maintained 38% of charge, this with the phone volume around 80%.

The Galaxy Buds Live is really one of the best true wireless headsets launched in 2020. Despite its somewhat different shape and not having such large rubber bands, it is still comfortable and remains well fitted in the ear.

In one of the most important aspects, in sound, Galaxy Buds Live shows that it is really powerful and brings the elements of the songs well balanced. It is true that his bass could be a little stronger, but that does not compromise the quality of any musical style.

Thus, it is possible to state that Galaxy Buds Live really surprises in almost all aspects and is a great option for true wireless headphones.

Wickr: discover another alternative to WhatsApp; see how to install