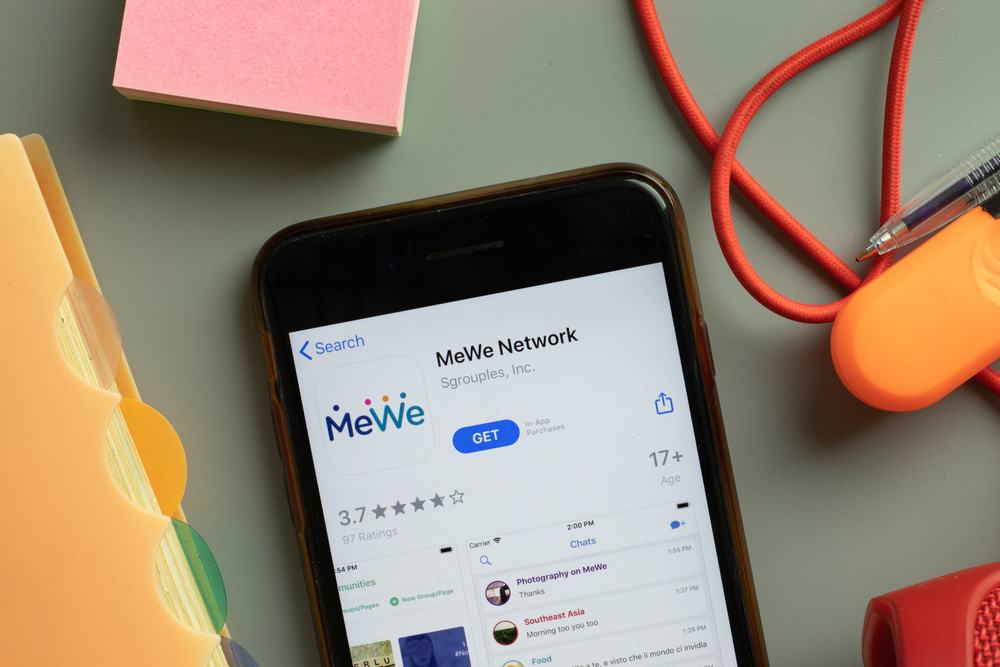 MeWe: learn all about the social network alternative to Facebook

Self-styled “the next generation of social network”, MeWe has become an alternative to Facebook, due to the various privacy problems in the social network Mark Zuckerberg.

Unlike other social networks, such as Facebook and Twitter, MeWe promises not to save your personal data. The network grew as an “antiFacebook”, and gained many followers, especially after the Parler's ban.

What is MeWe, an alternative social network to Facebook

MeWe is a social network created in 2012 in the United States. The platform has a similar design to Facebook, and works in almost the same way, in a feed format.

In your terms of privacy, the network makes it clear that user data is not available to the company. In other words, the information belongs only to the user, and only he controls his privacy. It is an alternative to Facebook for those seeking more protection of personal information.

The platform has been growing in number of followers in recent years, and its critical stance in relation to monitoring its competitors' data draws attention.

How does the network that claims to be an alternative to Facebook work?

You can use MeWe through the browser, do not Android or iOS. Despite being similar to Facebook, the network does not use an algorithm to organize the feed. Thus, all publications appear in chronological order. In addition, in its privacy policy, the company claims not to use information technology facial recognition.

MeWe is free, but there is a paid version called MeWe Pro, the corporate version of the platform. All the profit from the network comes from the Pro version and extra features that can be purchased through the platform, such as emojis and dark mode. Therefore, the social network does not show ads to its users.

According to the terms of use, anyone over the age of 16 can create an account on the app. Within its rules, MeWe reserves the right to delete the account of a user who has been inactive for more than a year.

As in other social networks, in MeWe it is possible to publish texts, photos, videos, GIFs and voice messages. You can also post stories that are on the air for 24 hours, but only using the app. In addition, you can decide the privacy of publications by choosing between your contacts, close friends or the public.

On the platform, you can create and participate in groups on the most varied topics. To find new groups, use the search bar at the top of the screen.

The chat feature works individually, between two users, or in groups. Through it, you can send messages, photos, videos, voice, files and even a “secret chat”. According to MeWe, the chat is encrypted from end to end and the company does not have access to the content.

Another interesting feature is “My Cloud”, a cloud service with 8 GB of storage. It gathers all the content published by the user on the network. In this way, it facilitates access to old publications and their exclusion or sharing.

If you are interested in the alternative social network to Facebook, visit the MeWe website or download the app. Then, just register your name, surname and email, and confirm the registration by message. Then just login and you can start using it.

MeWe integrates with other social networks and email services, by which you can invite others to subscribe as well.