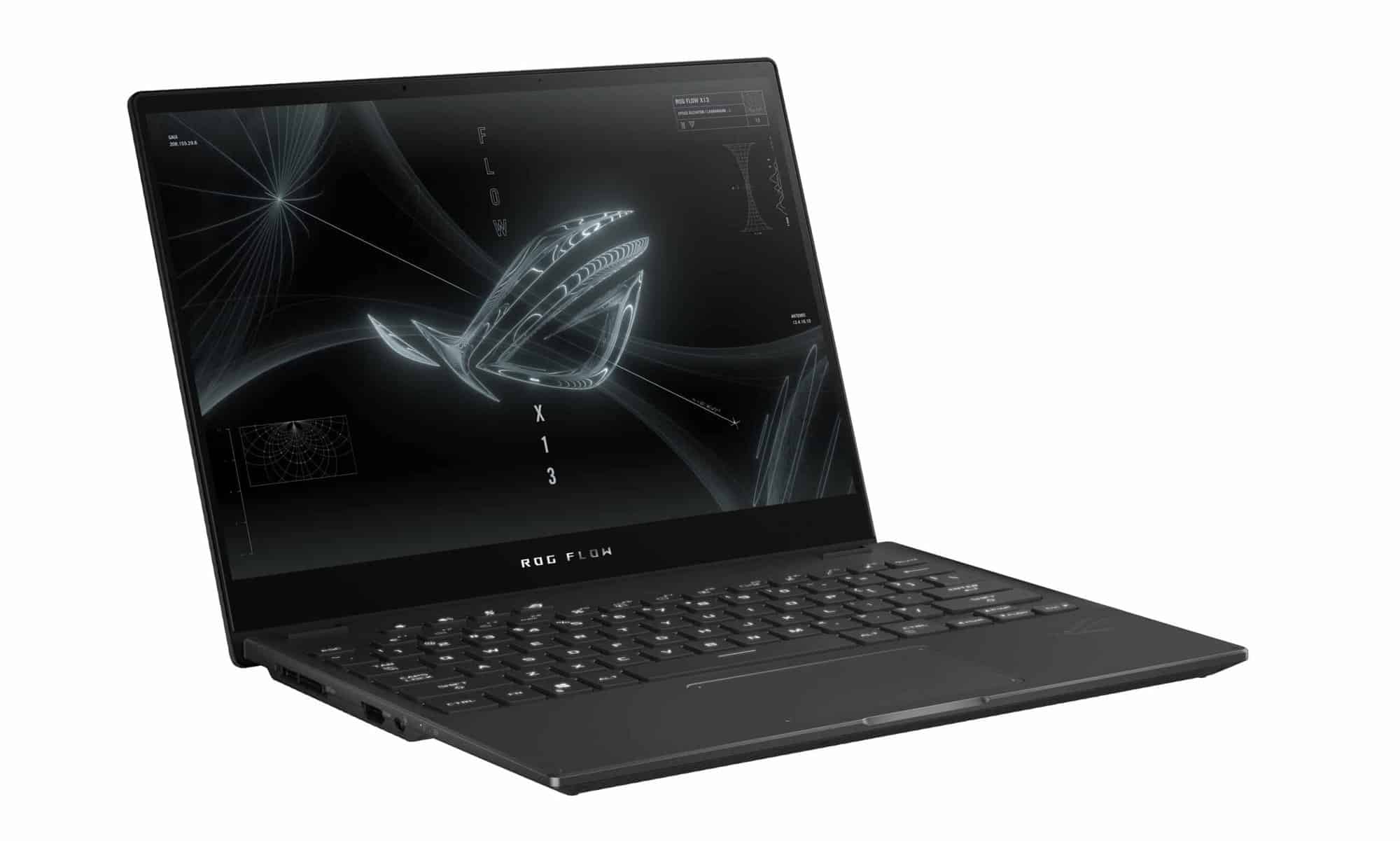 This Tuesday (12), the Asus held an event to present new products from the ROG line, with a series of accessories and computers aimed at the gamer audience. The highlight of the presentation is, in particular, for a notebook convertible gamer, which is not an industry standard.

The convertible part of the ROG Flow X13 is that its hinge is capable of rotating 360 degrees, so it is possible to adjust the screen to the position that is most suitable for your use. It has a modest internal GPU, a GTX 1650, but Asus tries to circumvent performance restrictions by also offering an external GPU XG Mobile that can house an RTX 3080, also acting as a charger.

In practice, the player can have basic performance for when he is on the road or traveling, and take advantage of capabilities compatible with those of a desktop when he is at home and can connect the notebook to the external GPU.

The Flow X13 features a Ryzen 9 5980HS processor, revealed by AMD at conference this Tuesday at CES, presented as the fastest in the world for notebooks. Asus also presented multiple screen options, so the user can opt for a Full HD panel with 120 Hz refresh rate, or go for a bigger display of 3840 × 2400; both are sensitive to touch and have a 16:10 aspect ratio, as reports the website The Verge.

This setup is not cheap, however. Anyone interested in the Flow X13 in conjunction with XG Mobile, which already has the RTX 3080, will pay no less than US $ 3.000 in the package, which exceeds the R $ 16 in the current quote, without including any additional taxes.

In addition to the stunning Flow X13, Asus presented some notebooks that are more in reality, such as the ROG Zephyrus Duo 15 SE, which is still an unconventional format. The model is an evolution of the Zephyrus Duo 15, the company's two-screen gaming notebook, with a suggested price of $ 2.900.

In addition to the main 15,6-inch screen, the device has a 14,1-inch screen at the base, which can be used to show some other content or control some other service during the game.

Inside, the model has a Ryzen 9 5900HX chip and an RTX 3080 inside. There are two main screen options: one with 4K resolution and 120 Hz refresh rate, while the lower resolution option, Full HD, supports a higher rate, 300 Hz.

Closing the announcement, Asus presented two laptops with more conventional formats, which the company aims to reach the public of esports. The Strix Scar 15 and Strix Scar 17 have a mechanical keyboard and high performance, falling into the category of gamer notebook. Both models feature a Ryzen 9 5900 HX chip and an RTX 3080 GPU. The Scar 17 even has a 360 Hz display, which is the highest refresh rate for a notebook screen on the market.

Covid-19: Ministry of Health gives up on vermifuge defended by government

Failure exposes data of millions of users of the largest networks ...