We do Olhar Digital and our partners use cookies, localStorage and other similar technologies to customize content, ads, social media features, traffic analytics, and improve your experience on this site in accordance with our Terms of Use and Privacy. By continuing to browse, you agree to these conditions.
Olhar Digital > Videos > Researchers find strange creatures under the sea 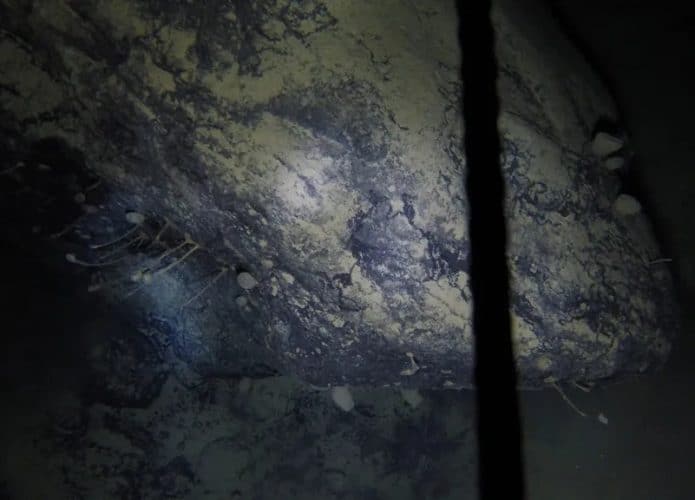 A team of British Antarctic Exploration explorers, led by geologist James Smith, accidentally found some 'strange' creatures on a rock located below a floating platform with more than 800 meters of ice.

The discovery was made by chance, as the team was looking for sediments on the seabed to be able to study the history of that platform. To get to the rock, the ice was melted using 20 liters of hot water. The entire process cost the team 20 hours of work.

The creatures present in the rock are relatively simple, but curious, since the place is more than 257 kilometers away from the nearest beam of sunlight, where the ice ends and the open ocean begins. In addition to being a place where food sources do not come easily.

Biologist Huw Griffiths, also from British Antarctic Research, speculates that they are sponges that feed on what they call sea snow, which are the residual particles of animal corpses that descend to great depths.

58,5% of Brazilians do not subscribe to any streaming service

Drinking too much may lessen Covid-19 vaccine effect