Olhar Digital > Science and Space > Passage of the asteroid Apophis will be broadcast live; look here 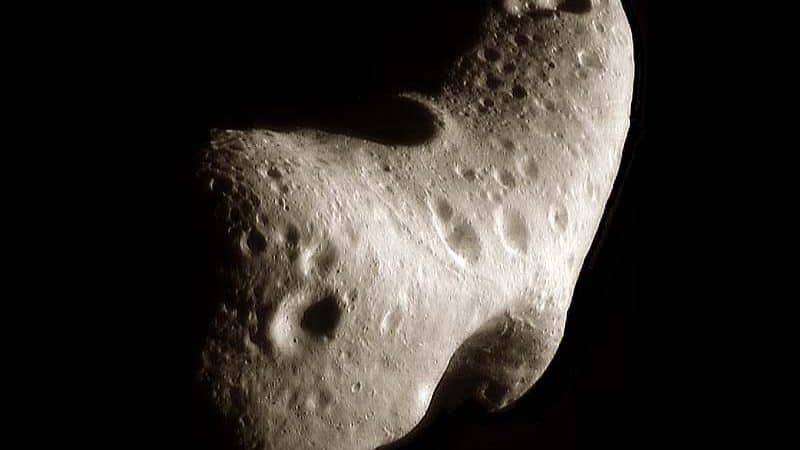 Passage of the asteroid Apophis will be broadcast live; look here

The asteroid 99942, better known as Apophis, will pass close to Earth this Friday (5) and may be seen by telescopes Worldwide. The website Virtual Telescope Project will broadcast the asteroid pass live, on YouTube, from the link below.

The broadcast will start shortly, at 21:XNUMX pm (Brasília time). Check out:

But control your expectations: don't expect to see a huge rock full of craters right up close, like in the movies. Due to the distance, even with our most powerful telescopes, we probably won't be able to see more than a speck moving among the stars.

Still, it is an event worthy of our attention. At the very least, you will have a better sense of the scale of things in the universe, and you’ll understand how the words “near” or “far” can mean totally different things, depending on your point of view.

Why is Apophis interesting?

Apohis is a PHO (Potentially Hazardous Object) name given to any objects, whether asteroids or comets, whose orbit intersects Earth with a minimum distance of 7,5 million kilometers (19,5 times the distance between the Earth and the Moon) and have a diameter of about 140 meters or more.

The asteroid has an average of 340 meters in diameter and 450 meters in length and weighs 41 million tons. If it reached our planet, it would release the energy equivalent to 60 Hiroshima bombs, capable of devastating thousands of square kilometers and causing tens of millions of deaths. It is easy to understand why he was named Apophis, the Egyptian God of chaos and destruction.

Apophis is interesting because it will pass extremely close to our planet on April 13, 2029. On this date, it will pass at a distance of about 31 thousand km from us, which is closer than satellites in stationary orbit (geosynchronous) ), which are 35 thousand km away. It will be enough for us to be able to observe it with the naked eye in some places on the planet.

A second probability of impact on April 13, 2036 has been eliminated, but there is still a 380 chance (or 0,00026%) of collision on April 12, 2068, calculated with data obtained in January this year. As each passage through our planet influences the asteroid's orbit, observations at these times are crucial to collect more accurate data regarding Apophis's orbit and physical characteristics.

All of this will serve as a preparation for 2029, when it will be necessary to measure, as accurately as possible, the effects of this approach on the asteroid's orbit. Any minimal unexpected variation can permanently rule out the risk of impact, or put Apophis on a collision course with Earth in 2068.

* With information from Marcelo Zurita