Olhar Digital > Cars and Technology > Mercedes-Benz EQS: top of the line electric has 770 km of autonomy and ultra-fast charging 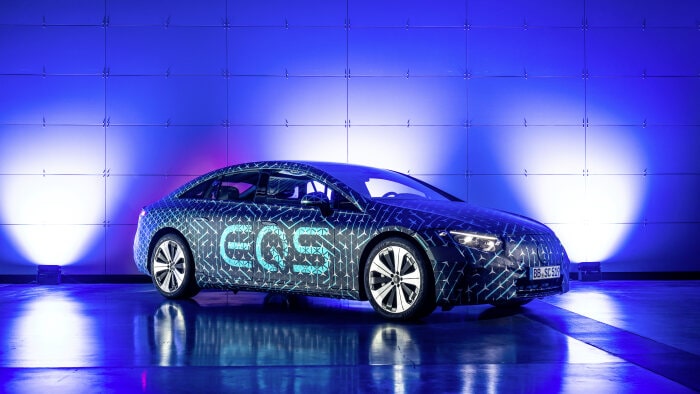 Mercedes-Benz EQS: top of the line electric has 770 km of autonomy and ultra-fast charging

O Mercedes-Benz EQS, the brand's top-of-the-line electric car, still has few details revealed, but as time goes on, we can learn a little more about the German automaker's bet on EVs. According to website information Electrek, the vehicle has a maximum range of up to 770 km and ultra-fast loading.

The batteries feature a 400-volt architecture and feature 90 kWh or 107,8 kWh of usable capacity, allowing the EQS to achieve an impressive 770 km (WLTP) range on a single charge.

To “extend the autonomy”, Mercedes-Benz also created an energy regeneration system with several modes. The intensity can be adjusted using two tabs placed behind the steering wheel and is capable of recovering up to 290 kW of energy.

Equipped with liquid cooling, the rechargeable sources can be preheated or cooled before or during the trip, all to ensure that the vehicle arrives at a fast charging station and always at an optimal operating temperature.

On loading the car, the EQS will be able to charge at a power of 200 kW. That is, according to the brand, it will be possible to restore 300 km of autonomy in just 15 minutes. And if it is far from a power station, the model has a 22 kW on-board charger for home use.

Interestingly, in Japan, the EQS will be able to “return” energy to the power grid through “bidirectional charging”. With this, the vehicle will provide battery for both you and the charging station.

In addition to the data regarding the batteries and autonomy of the EQS, Mercedes-Benz also gave more information about the power of the car, which will be available in three models: 450+ (rear wheel drive and only one engine), 580 4MATIC (all-wheel drive and two engines) and one sport version more powerful, which had no details disclosed, but is expected to reach the market "some time later", according to the automaker.

Also according to Mercedes-Benz, the maximum speed of the electric car, regardless of the version, is 210 km / h.

When the EQS was announced in July 2020, Daimler's chairman, Ola Källenius, said the vehicle would compete with Mercedes-Benz itself. “EQS plays along the same lines as the S-Class in terms of luxury, comfort and safety. But the EQS is also a symbol of Germany's future viability as an industrial site: the batteries come from our factory in Stuttgart-Untertürkheim. And the car will leave the assembly line at Factory 56 in Sindelfingen ”, he explained.

There are no further details of the Mercedes-Benz EQS, which is expected to hit the market in 2021.