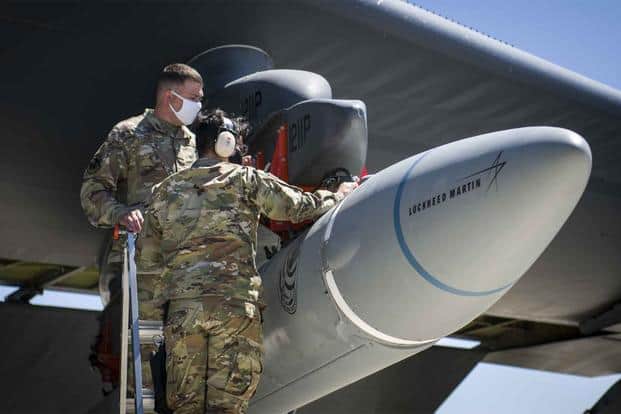 Gabriel Luna is confirmed in the cast of the series of 'The ...

A US Air Force announced last Tuesday (6) that the AGM-183A (ARRW), its new hypersonic rapid-response weapon, failed during a flight test. The test was carried out last Sunday (4) and the missile was expected to come out of a bomber plane, which ended up not happening.

The incident was classified as a "setback in demonstrating its progress in the development of hypersonic weapons". The prototype was designed to be launched into the air under the wing of a B-52 Stratofortress aircraft carrier, however, the plane returned to the Air base Edwards, in the state of California, with the missile still connected.

"The test missile was unable to complete its launch sequence and was safely detained on the aircraft, which returned to Edwards Air Force Base," the service said in a statement.

The test of the missile was done as the inaugural launch of the ARRW system, which reads Arrow, or arrow, in free translation, which is the acronym in English for Rapid Response Weapon Launched by Air.

The system is built in a partnership between the Air Force and aerospace giant Lockhead Martin and is designed to fly between Mach 6,5 and Mach 8, which is between 6,5 and 8 times faster than speed of sound and is equivalent to 8.050km / h to 9.650km / h.

According to the project, when the booster reaches these speeds, it deploys a glider vehicle without an engine, but steerable, which is where the warhead is. The driveability is what differentiates the hypersonic ballistic missiles, which is the case of the AGM-183A from the intercontinental ones, which follow a predefined and predictable trajectory.

The Air Force will run more tests for the ARRW and intends that the system will be installed and operational by the beginning of 2020. As soon as it is ready, this will be the first hypersonic weapon operating system developed by the United States.

WhatsApp against Covid: Application can be used to pre-register ...

First hydrogen-powered cargo ship is due to set sail in ...