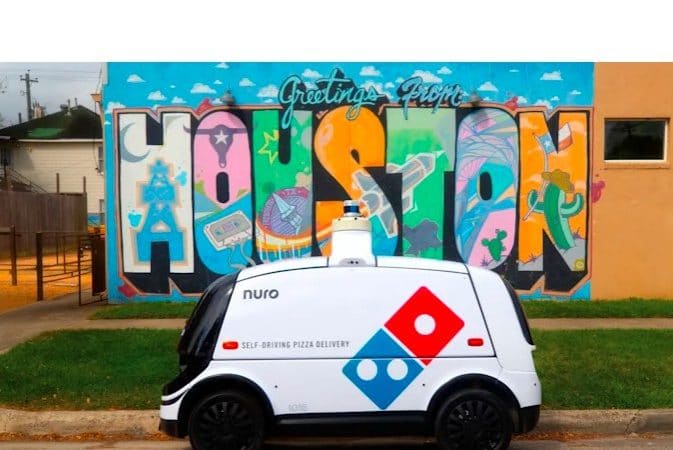 Domino's, one of the largest pizzeria chains in the world, started an unprecedented partnership with the startup of robotics Nuro to bring pizza deliveries made with autonomous cars. The first city to receive the novelty was Houston, in the American state of Texas.

Customers in this specific region now have the option of receiving their pizzas via a robot called R2, which was completely built by Nuro. The development of the vehicle was completed in February 2020, but its release for use has only come out now.

With this, the Nuro became the first autonomous delivery vehicle to be approved and regulated by the Department of Transport. After Houston, the California it may be the next stop for the robot, which is about to receive approval to operate in the state.

There is still a lot that our brand needs to learn about the autonomous delivery space, ”said Dennis Maloney, Domino's senior vice president and director of innovation in a press release. "This program will allow us to better understand how customers respond to deliveries, how they interact with the robot and how it affects store operations," added Maloney.

The entire path traveled by the robot between the exit of the pizzeria and the delivery location is traceable via GPS and can be followed in real time. To remove the pizza, the customer needs to enter a code on a side block of the robot in order to open the compartment in which it is stored.

In addition to Domino's, other large companies in the United States already working to take advantage of autonomous technology now or in the future to carry out their deliveries, whether by drones or driverless cars. One of them is the Walmart, which intends to begin transporting its products with modified trucks in the states of Arkansas and Louisiana.

Here in Brazil, there is still no estimate of when our food techs will start testing this system, but with the gig economy getting stronger and an increasing number of people delivering food with their motorbikes or bicycles to supplement or even fully compose their incomes, it is easy to imagine that this should take a while to arrive by on here.

Strange animals that puzzled bathers in Australia are expensive delicacy ...