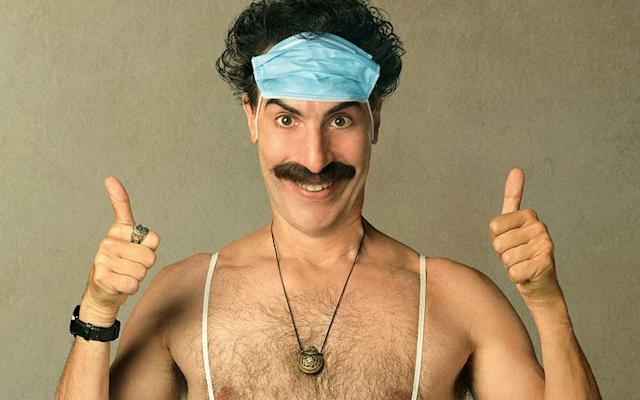 This Friday (21), the Prime Video caught the fans of the most well-known Kazakhstan journalist in the world, Borat. That's because streaming announced by surprise the launch of a special with several deleted scenes and backstage from the recording of 'Borat 2: Next Film Tape', in addition to an improvised reality show starring the character of Sacha Baron Cohen.

Check out the hilarious trailer:

Secretly filmed alongside the recordings of 'Next Cinema Tape', unexpected production got its name'Borat Supplemental Reportings'(“Supplementary Reports”, in free translation). The second film in the franchise was nominated for two Oscars this last season of awards: in the categories of best supporting actress, for Maria bakalova, and best adapted script.

The special 'Borat Supplemental Reportings'premieres on Prime Video on May 25 this year.

2021 could have up to 10 hurricanes in the Atlantic region, experts say