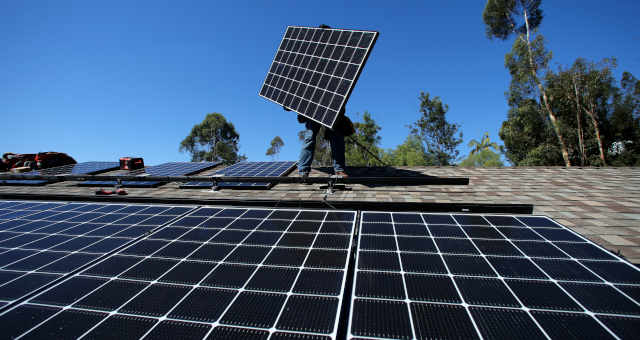 It is known that Brazil has a great capacity for power generation through sunlight, a sector that corresponds to 1,7% of the entire Brazilian energy matrix. According to data from the National Electric Energy Agency (ANEEL) and the Brazilian Association of Solar Photovoltaic Energy (Absolar), 3,2 gigawatts were added in new energy projects. solar generation in the country in 2020. This placed us among the countries with the largest installed capacity of systems of this type.

In the ranking, led by China, Brazil is already in 9th place. Second, are the USA, followed by Vietnam, Japan and Germany. The survey, carried out by Absolar based on data from the International Energy Agency Photovoltaic Power Systems Program (IEA PVPS), includes both large plants and small systems. The expectation, according to the entity, is that the country will continue to climb the list, mainly in view of the good moment of the activity here.

The organization estimated that R $ 16 billion were invested in local investments in 2020 and that an investment of R $ 23 billion is expected this year. In the last eight years, Brazil has already invested a total of R $ 42,1 billion in solar energy and generated 236 thousand jobs, the study indicates.

This is the best moment in Brazil in the world ranking, since 2017. That year, the country reached 10th place, falling to 11th position in 2018 and to 12th in the following year.

In a statement to Globo Rural, the chairman of the Board of Directors of Absolar, Ronaldo Koloszuk, stated that Brazil has sufficient conditions to gain even more prominence in the field.

“The country is in the process of voting on bill 5.820 / 2109, which creates the legal framework for the generation of renewable energy and it may bring R $ 139 billion in new investments until 2050, in addition to more than 1 million new jobs in the coming years ”, he declared.

According to Rodrigo Sauaia, Absolar's executive manager, photovoltaic energy is the most competitive renewable source in Brazil and contributes a lot to sustainable development. “We have a lot to gain from the growth of this clean, renewable and competitive source. The country needs to go further to become a world leader ”.