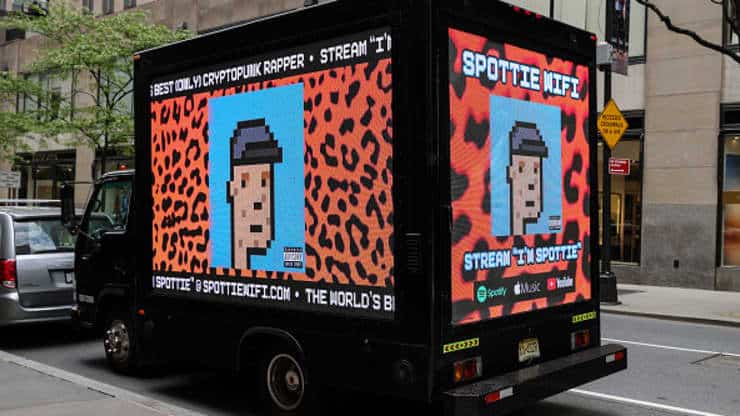 Digital image in NFT is sold for almost R$ 60 million

A pixelated digital image of a digital character was sold with the certificate of authenticity in non-fungible token (NFT) was sold for US$11,7 million (R$59,91 million). The auction was held by Sotheby's gallery, in New York, in the United States, last Thursday (10), which made the work become the second digital object most expensive in history.

The work in question was CryptoPunk 7523, belonging to an American company called Larva Labs, one of the main collaborators in the development of NFT technology. The image references the classic video game characters in 8 bits from the 1980s. Each of them is associated with a theoretically inviolable certificate of authenticity.

Other CryptoPunks have been sold for high values ​​before, always at around US$ 7,5 million (R$ 38,4 million, at the current price). However, the 7523 has something special, which has made its value soar by more than three million dollars. Called the “Covid Alien”, the CryptoPunk 7523 is the only one among the 10 created characters that wears a surgical mask.

The value of CryptoPunk 7523 is the second highest ever paid by an NFT, second only to the digital artwork “Everydays”, created by artist Beeple, which was sold at an auction held in mid-March. The value of the work was no less than US$ 69,3 million (R$ 327,17 million, at the current price).

Sotheby's disclosed who was the buyer of the work, it is the millionaire Shalom McKenzie, majority shareholder of DraftKings, a company focused on online sports betting. According to the magazine Forbes, in April 2021, McKenzie's fortune was valued at US$1,7 billion (R$8,70 billion).