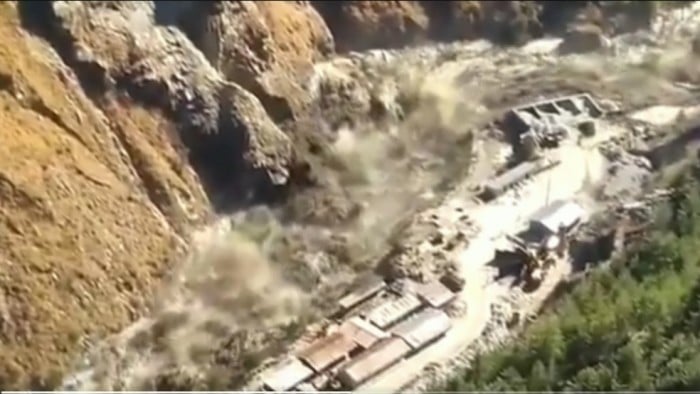 In early February, a flood hit a valley located in the state of Uttarakhand, in the India, and left 200 people dead or missing, in addition to having destroyed two hydroelectric plants. Until now, scientists and local authorities sought to understand what caused the natural disaster.

A team of about 50 scientists analyzed images from satellite that prove that a massive avalanche of rocks and glacial ice was responsible for the flood. According to the studies, the rocks fell from a height of nearly 2 kilometers from Pico Ronti in the Himalayas.

Previously, it was believed that the culprit was a phenomenon called “glacial lake eruption”, which is the moment when water trapped at the top of a mountain suddenly overflows its limits and runs down the slope.

The geomorphologist at the University of Calgary, Canada, Daniel Shugar, said that the scenario found was one of multiple risk, where it was much more fluid and mobile than would be expected from a landslide. “It was the worst scenario of rock and ice and height of fall”, he added.

The study pointed out that it is difficult to say what role climate change has played in this accident due to the lack of weather stations in the area. However, Shugar said that the climate change makes big events like this become more frequent and even more serious due to the shrinking of glaciers and their foundations.

The geomorphologist stated that human development near mountains is another risk factor to be reported. “If the mountains themselves are becoming more dangerous, and we're also going deeper into those mountains, that becomes a dangerous mix,” he concluded.

Lioness dies after contracting Covid-19 in a zoo in India

Can astronauts have children after space travel? study answers