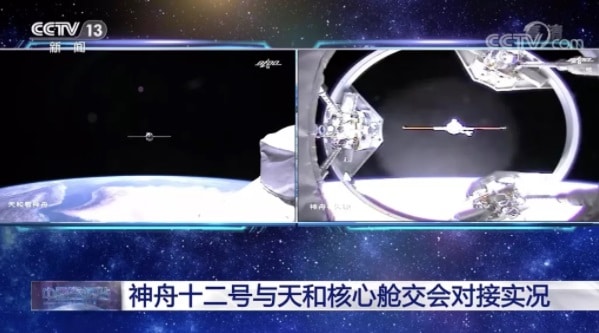 A spaceship Shenzhou-12 docked in the Tianhe (“Harmony of the Heavens”) module of the Chinese space station this Thursday morning (17). Nie Haisheng, Liu Boming and Tang Hongbo, three astronauts males, were on board the ship and will stay at the 16,6-meter-long site for the next three months.

They will test the systems and begin the station's next steps. The arrival in space happened exactly seven hours after the rocket Long March-2F takes off from Jiuquan Satellite Launch Center in the Gobi Desert of northwestern India. China.

This was the third launch in less than two months for the Chinese space station program. The core of the station was released in late April. In May, a cargo ship brought fuel, food and equipment to the site. There, the astronauts will carry out maintenance and construction work, as well as spacewalks and scientific experiments.

In September, a cargo mission will take off, after the replacement crew is dispatched. China said in March that the astronauts in training are veterans as well as novices. The country also included women in the teams, but the first group is entirely male.

The Chinese space agency plans eleven launches by the end of 2022, to deliver two more lab modules, which will expand the 70-tonne station. Supplies and crew will also be sent. So far, China has sent 11 astronauts, all wing pilots, into space. military of the People's Liberation Army.

The station, when completed, will allow astronauts to stay for up to six months, similar to that of the International Space Station (ISS). China, however, is not part of that program. The Chinese station can be used for up to 15 years.

Recently, the Asian giant landed the Tianwen-1 spacecraft on Mars, carrying the Zhurong rover. The Chinese space program has also brought back lunar samples and landed a probe and a rover on the less explored side of Earth's natural satellite.