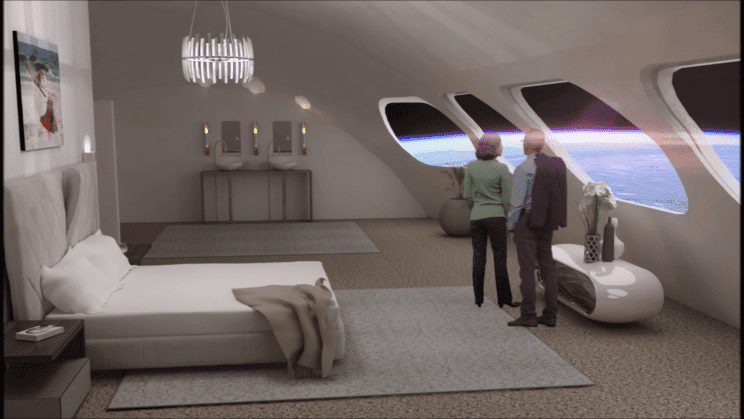 Space hotel prototype could be launched as early as 2023

The startup Orbital Assembly Corporation, a company of space construction directed by former employees of the NASA, released some news about its hotel project in the space. In a press release, the company stated that it has been evolving in the development of the technology needed to take the enterprise of the paper. The scope of the project foresees that the place, which promises to be a luxury hotel, will open by 2030.

According to them, a demonstration of the technology was held for investors during the official opening of its headquarters, located in the city of Fontana, in the US state of California.

Orbital Assembly, which calls itself the first large-scale space construction company, is developing semi-autonomous robots, which will be sent into space to assemble the structure that will create the hotel.

The Voyager Space Station (VSS) project, which is how the hotel was named, foresees a luxury circular development with a diameter of 200 meters and gravity simulated similar to the levels seen on the Moon. The company presented one of the technologies that will make this possible, DSTAR, which stands for Demonstration of the Structural Truss Assembly Robot.

“Today we have reached our milestone in validating the Structural Truss Assembly Robot (DSTAR) Demonstration,” Orbital Assembly Director of Operations and Vice President of Housing Tim Alatorre said in a statement.

"Watching DSTAR assemble the six-ton ​​truss structure and expand to the length of a football field as it will be in space was a thrill for everyone."

According to Alatorre, the demonstration puts the company on the right path to meeting its schedule, which calls for the first launch of a mission in 2023.

In your account at Twitter, the company called the demonstration “a resounding success”, promising to share more details about the technology presented at the event in the near future.

The VSS is designed to be the largest development ever built in Earth's orbit, and will provide a luxurious environment in artificial gravity for its guests. Now, the next step is the launch of the PSTAR (Prototype Structural Lattice Assembly Demonstration Robot), which is due to be sent to low Earth orbit in 2023.

PSTAR will assemble a 52-metre truss in a circle to form a ring, which will serve as a prototype for the hotel in space. Within that circle, four onboard propulsion modules will use thrust to rotate the ring. If all goes as planned, Orbital Assembly will have demonstrated, for the first time, the lunar levels of artificial gravity being achieved in space.

Orbital Assembly plans for the hotel to be operational by the year 2030, providing clients with environments such as spas, gyms, themed restaurants, Earth observation lounges, bars and even a venue for concerts. According to the company, the hotel in the space will have the capacity to accommodate up to 400 guests and will also receive space agencies to carry out experiments in artificial gravity.