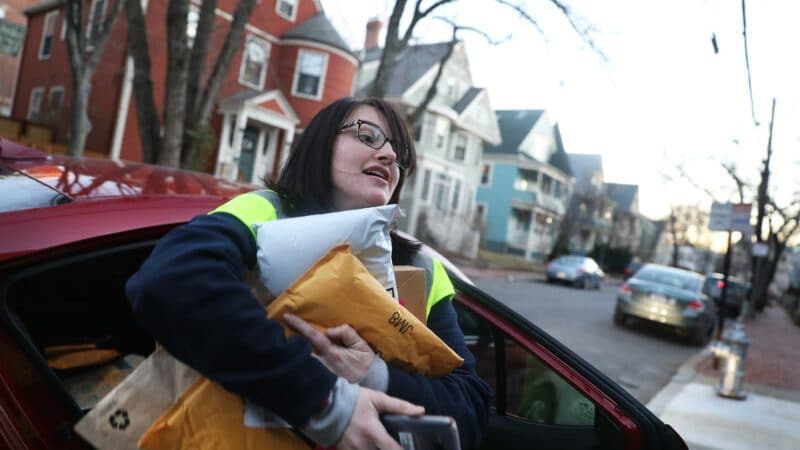 Self-employed workers who provide services for Amazon Flex, in the United States, denounced possible layoffs made possible by software from artificial intelligence of the giant that supposedly make decisions for the Human Resources.

Second article of Bloomberg, former employees and numerous reports available on the internet question the effectiveness and ethical functioning of the technological and algorithmic process that defines the dismissals and declines in the assessment of deliverymen.

Former employee Neddra Lira reported, in an interview with the publication, that her evaluation rate plummeted after having to return packages for a logistic shed da Amazon due to a flat tire.

Neddra tried to question the company about the drop in her assessment, but after a few weeks of insistence, the employee had to be terminated for “violation of the terms of service”. She will still appeal the decision, but the company has not refunded her.

There are also cases such as the employee Stephen Normandin, who was unable to place orders because he found the gates closed at the delivery points. Recipients also did not respond to messages on the phone.

He claims that, as a result of these developments, his appraisal rate fell “beyond the acceptable level”, which led to his being dismissed from the company.

All complaints made by deliverymen indicate that decisions are taken from bots intelligence tools that analyze the performance of employees according to indicators and evaluation rates.

These performance reports are analyzed and interpreted with minimal human interference. In them, the upload of documents proving the beginning and end of work shifts, listing of deliveries, route problems and monitoring of service evaluation fees are taken into account.

Despite numerous complaints and employees seeing the system as problematic, Amazon has not yet signaled changes or concerns about the situation.

According to a former engineer who helped develop Amazon Flex, company executives were aware that the system could cause problems for the company, he told Bloomberg under anonymity.

Amazon's program was developed in 2015 by the giant of the E-commerce in order to make quick deliveries to customers Amazon Prime.