We do Olhar Digital and our partners use cookies, localStorage and other similar technologies to customize content, ads, social media features, traffic analytics, and improve your experience on this site in accordance with our Terms of Use and Privacy. By continuing to browse, you agree to these conditions.
Olhar Digital > Videos > Keeping an eye on the sky: Amateur astronomer discovers Jupiter's new moon 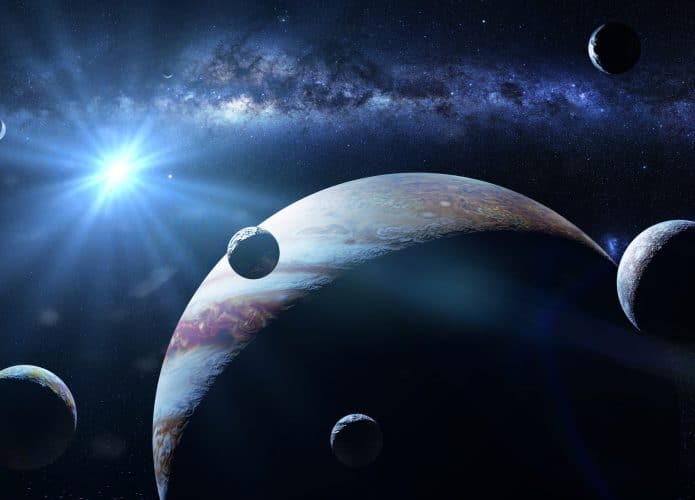 O planet Jupiter can be orbited by dozens or even hundreds of unknown moons, but at least one of them is no longer a secret: Amateur astronomer Kai Ly made the discovery most recent after poring over images from an old telescope.

According to him, this is the first planetary moon discovered by an amateur astronomer.

The huge planet has a gravitational field strong enough to capture space debris and send it into orbit. Currently, Jupiter hosts at least 79 moons, and the number continues to grow. The most recent, discovered by Ly, is the latest addition to the NASA from the Carme group, a family of Jupiterian satellites that have similar orbits and appearance, which is why they are believed to have a common origin.

With an average radius of 23 kilometers, Carme is the largest member of the group, and is likely the bedrock of the moon discovered by the amateur astronomer, as well as of the other 22 known members. Astronomers think that Carme was an asteroid captured by Jupiter's gravity and that the group is made up of pieces that broke apart after a cosmic collision.

Ly made the discovery by looking online at a 2003 dataset collected by researchers at the University of Hawaii.

When the satellite receives a formal name, it will likely end with the letter e, like Carme.

Is it or is it not a good reason to look at the sky carefully??

List: Why was the 90's a weak decade for terror?