On Wednesday morning (21), residents of Juruti, a city in the interior of the Para, shared photos and videos of a “shelf cloud” that covered the region's skies. According to an explanation available at Climatempo, the phenomenon can mean, in most cases, the approximation of a storm. 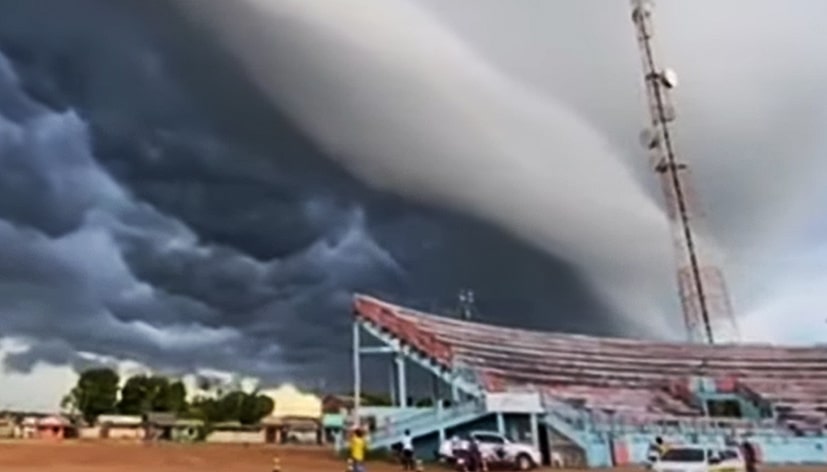 Screenshot of an amateur video that recorded the movement of the shelf cloud over the sky in Juruti (PA). Image: Geovane Cabrini – Extreme Phenomenon

“The phenomenon is old acquaintance to meteorologists. This type of cloud is usually curved or semicircular and has several horizontally stacked 'layers' — like a shelf — that are formed when a layer of warmer air overhangs a layer of cooler air. It is already a cloud of strong wind and that announces a storm. The shelf cloud is inside a system that we call the blast front”, explains the Brazilian company specialized in meteorology services.

In the video below, posted on the Extreme Phenomenon channel, on YouTube, it is possible to see the movement of the shelf cloud over the sky of Pará.

In the records made by residents, the colors, the design formed in the heaven and cloud movement led to comparisons with a wave.

Due to the shock of hot and cold air masses, it is common for this set of microparticles of liquid water or ice to be accompanied by a strong wind.

Our clouds could worsen global warming in the future