We do Olhar Digital and our partners use cookies, localStorage and other similar technologies to customize content, ads, social media features, traffic analytics, and improve your experience on this site in accordance with our Terms of Use and Privacy. By continuing to browse, you agree to these conditions.
Olhar Digital > Science and Space > Our clouds could worsen global warming in the future

Our clouds could worsen global warming in the future

A new study conducted by scientists at the University of East Anglia in England indicates that clouds from Land can worsen the problem of global warming, preventing targets set by the Paris Agreement are fulfilled by its signatories.

According to the research, a new analysis of data collected from satellites – with 97,5% accuracy – analyzed information related to the humidity, temperature and wind conditions of the Earth's clouds, indicating that, in the near future, the increase in the their density will cause them to reflect less solar radiation back into space, while their "cover" contributes to a greater permanence of gases from the greenhouse effect within our planet. 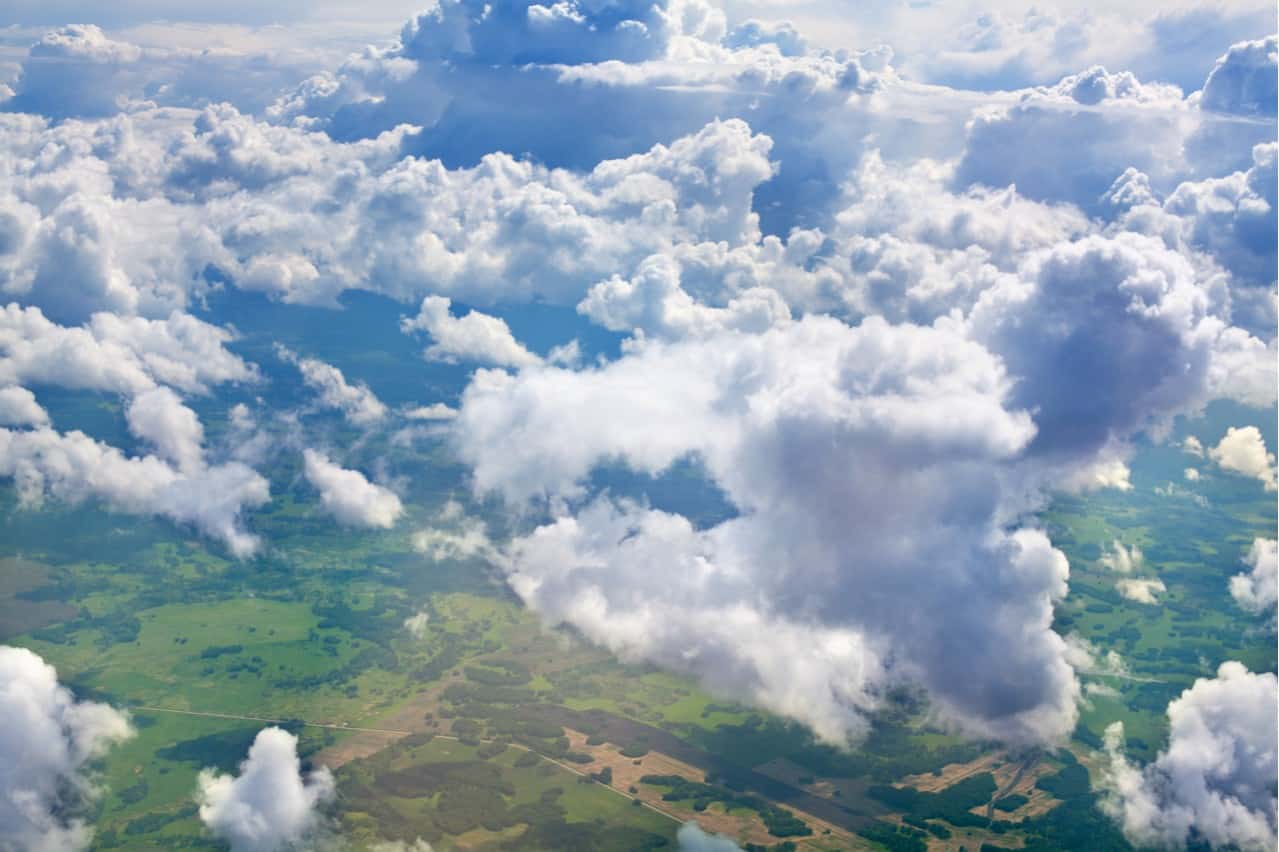 “The climate sensitivity value is not exact, and this translates to uncertainty in future projections of global warming and the rest of our 'carbon budget', that is, how much we can still emit before we reach targets of 1,5, 2 °C or XNUMX °C of heating”, said Paulo Ceppi, a researcher at the Grantham Institute and co-author of the study.

The Paris Agreement established a target for its signatory countries to reduce levels of greenhouse gas emissions to the atmosphere by between 1,5 °C and 2 °C, effectively lowering the Earth's temperature to pre-industrial-age levels. The study, however, argues that, at the current pace, this may not be possible, and that measures taken by countries supporting the agreement need to be enhanced/accelerated for the effect to be satisfactory.

“There is a critical need to better quantify how clouds will affect global warming in the future. Our results may mean that we are more confident in the projections and that we can have a more in-depth picture of the severity of climate change”, said Ceppi. "It should help us know our limits — and act within them."

It's not the first time that Earth's clouds have joined the list of concerns for those fighting global warming: in early July, the Olhar Digital talked about the "pirocumulonimbus", ou "fire breathing clouds", and how its action generates a cycle of heavy fires in forests and plains in the USA and its surroundings.

These immense and dense clouds are originated from fires in forest or plain regions. Basically, they're easier to understand if you think of them as “born” from fire, to bring in more fire. Even its Latin name — “cumulonimbus flammagenitus” — can be translated to “created by the flame”. 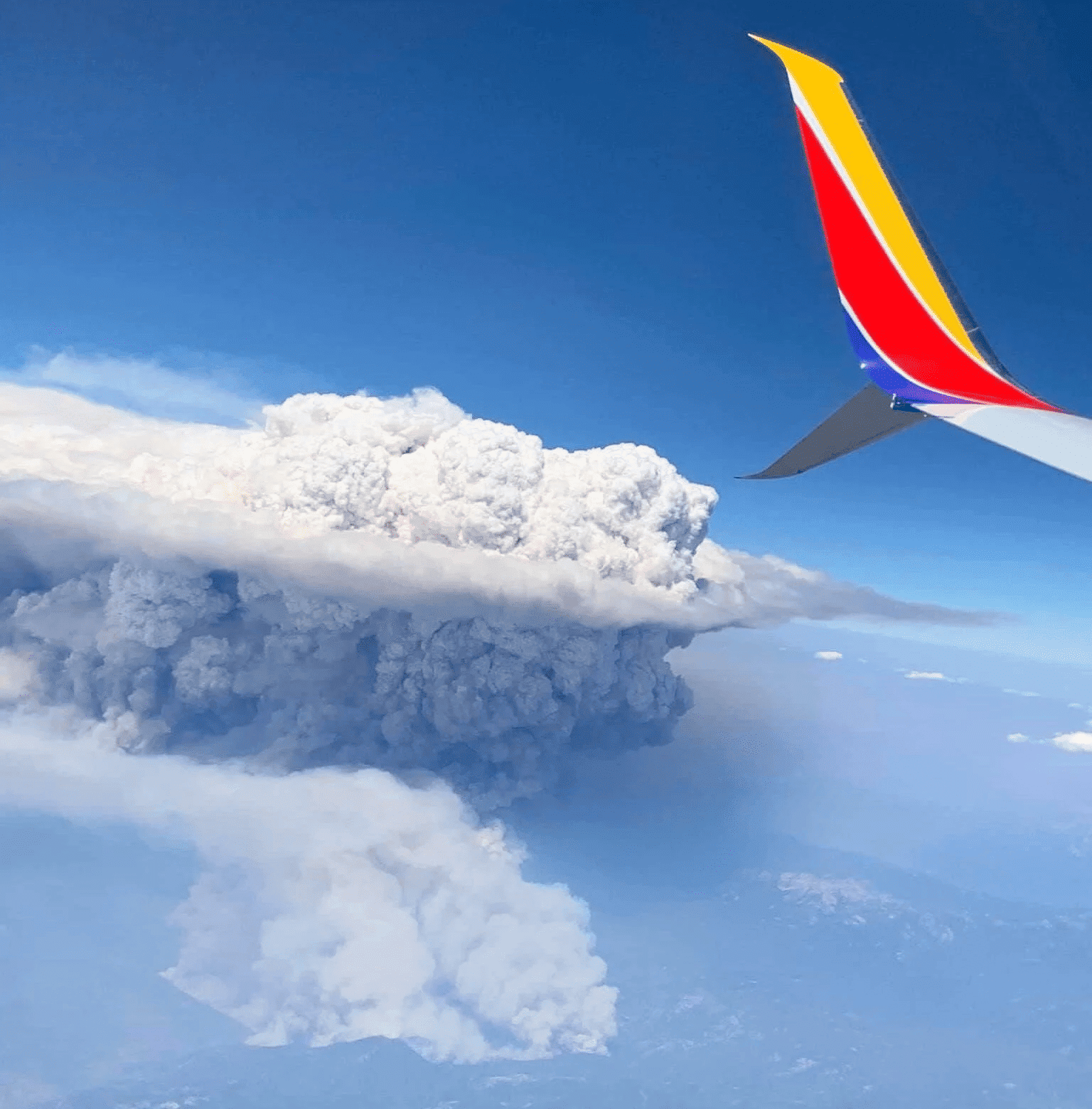 A pyrocumulonimbus cloud recorded over the California sky: one of these caused one of the biggest wildfires in US history in September 2020. Image: Thalia Dockery/Business Insider

To explain in scientific terms: a common cumulonimbus brings with it electrical storms, being formed after warm moist air rises from the ground into the atmosphere. Once up there, that air cools and descends back to Earth, reheating and rising again. This “rise and fall” is what generates clouds that cause electrical storms.

Pirocumulonimbus go through the same process: however, moist, warm air comes from the flames and smoke of a fire, not the ground — if you see images of a forest fire, for example, and identify thick, dense clouds, they will always be pirocumulonimbus.

Although they can also generate electrical storms like their “sister”, a more common effect is a powerful “blast” of dry air that it blasts toward the ground. When this dry air touches the ground, in the middle of a fire, fire and smoke rise and spread, generating more hot air and moisture and new clouds like that, which will throw new gusts to the ground — a very hot vicious circle.

As global warming increases, natural fires are becoming more frequent and unseasonable, which contributes to the generation of more of these clouds, which in turn results in more fires and so on.

The new survey was published and approved in the journal Proceedings of the National Academy of Sciences.

'FIFA 22': Former player Alex Scott will be the first woman to comment on football in the video game