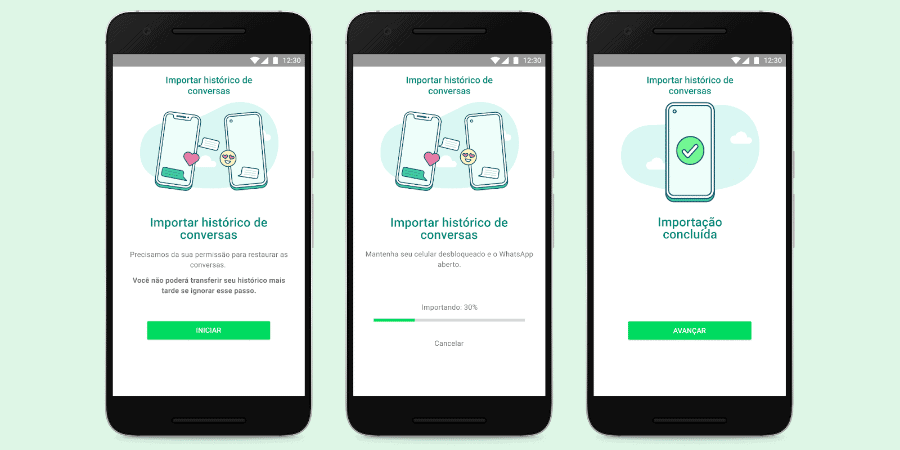 Olhar Digital > Internet and Social Networks > WhatsApp lets you migrate conversations between Android and iPhone; know how to do

WhatsApp lets you migrate conversations between Android and iPhone; know how to do

After years of user requests, WhatsApp is finally allowing conversations to be migrated from an iPhone to Android devices. The functionality, however, cannot yet be used by anyone, so far only the new ones. Galaxy z fold 3 e Galaxy z flip 3 can count on the resource.

According to the company, initially this will be able to be used to migrate conversations from an iPhone to Samsung smartphones with Android 10 or higher. Later, it will be released to do the opposite, bringing the Galaxy content to Apple devices.

Today, you can back up your conversations to Google or iCloud, but both files can only be downloaded to devices running their respective operating systems. That is, if I want to exchange my iPhone for an Android (or vice versa) I will lose all WhatsApp conversations.

Recently, the speculation that this could become possible. The great obstacle always mentioned by the app is encryption, since migrating content from one operating system to another could lead to security breaches. Therefore, the work needs to be done in conjunction with cell phone manufacturers.

“This has been one of the most requested features by users for years and WhatsApp has worked closely with operating systems and device manufacturers to address it,” explained Sandeep Paruchuri, WhatsApp Product Manager, during the update announcement.

According to WhatsApp, Samsung was the first company to have the compatible feature as it is one of the largest manufacturers of Android devices in the world. In the coming months, other brands of the operating system should have access to the service. A specific deadline, however, was not given.

To make migration of WhatsApp conversations from an iPhone to an Android, you must first have a Galaxy Z Fold 3 or Galaxy Z Flip 3. After that, just download the app Smart Switch, from Samsung, which will help migrate data from other devices to the Galaxy and will also be compatible with the messenger.

In the coming weeks, other Galaxy phones with Android 10 or higher will become compatible with the program.

'I Am Legend': film is used by anti-vaccination movement to spread fake news about Covid-19