In an interview with the Wall Street Journal, Jennifer Homendy, new head of National Transport Safety Council (NTSB), from the United States, said she was extremely concerned about the system update Full Self Driving. She called the name of Tesla's autopilot system "deceptive and irresponsible."

Full Self Driving literally means full self-driving. And, by Tesla herself, the name doesn't fit: “full” steering requires the driver to keep his hands on the wheel at all times. "Clearly this has led a lot of people to abuse the technology," Homendy also said, referring to cases where people appeared directing Teslas on FSD out of the driver's seat and citing Tesla's advertising and CEO Elon Musk's speeches as motivation.

A FSD update promises to take the autopilot into cities – in the previous version, the function was officially only for the road. Homendy believes that the system, which presented strange problems such as ignoring police vehicles, not ready for this.

Elon Musk says that 2 people have tested the system in beta for almost a year, without accidents. The system is paid and whoever requests the update must undergo a period of one week of testing, monitoring the driver's use of the car. Only gain access to those who have “good behavior”.

Tesla's autopilot is not the most advanced

There's a lot at stake like the new version. Because, in fact, in the range of vehicle autonomy of the Society of Automotive Engineers (SAE), Tesla is not ahead of the competition. she finds herself behind Honda. The Japanese who managed to reach level 3 of authorized range in Japan, while Tesla's cars are still at level 2.

The difference is between having a vehicle with advanced steering assistance (level 2) like Tesla's versus one that is actually driving alone, requiring the presence of a human in the driver's seat just for safety. If the FSD update delivers what it promises, Tesla will level up.

The last two levels of the SAE are driverless, with the penultimate one still requiring presence in special situations, such as heavy rain or snow, and the last one dispensing humans forever, in any situation. No vehicle in the world has reached tier 4 or 5.

With The Wall Street Journal 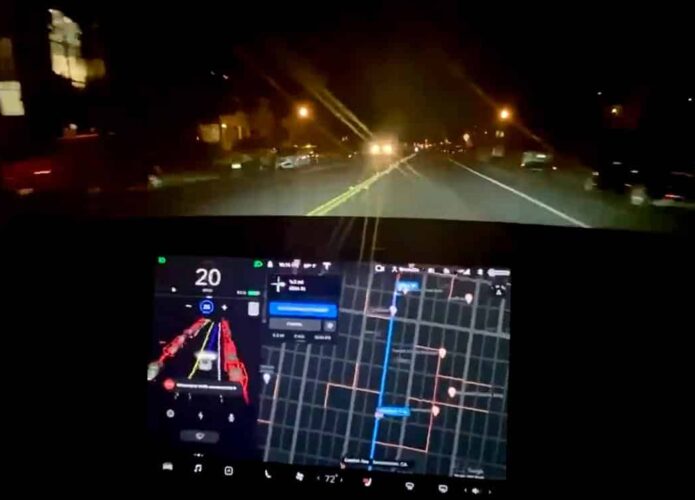 The importance of the impact on Jupiter caught by a Brazilian