Olhar Digital > Science and Space > Life on Mars? Why the size of the planet makes the hypothesis difficult

Life on Mars? Why the size of the planet makes the hypothesis difficult

Mars once hosted rivers, lakes, streams, and possibly even a huge ocean that covered a large part of its North hemisphere. This is what scientists point out according to observations by explorers such as Curiosity robots and Perseverance, from NASA.

According to a new study published in the journal Proceedings of the National Academies of Sciencesthe red planet it was doomed to lose surface water in the long run because of its size.

“The fate of Mars was decided from the start. There is likely to be a limit on the size requirements of the Planets rocks to retain enough water to allow for habitability and plate tectonics,” said Kun Wang, co-author of the study and assistant professor of terrestrial and planetary sciences at the University of Washington, USA, in a release.

Water, an indispensable element for life as we know it, practically disappeared on Mars about 3,5 billion years ago, when the red planet lost its global magnetic field, which protected the local air from being removed by charged particles from the Sun.

In the study, scientists led by Zhen Tian, ​​a graduate student in Wang's lab, examined 20 meteorites of Mars. These rocks were selected because they are representative of the mass composition of the red planet.

The research finding is that small planets lose a lot of water during formation and their global magnetic fields also shut down relatively early, resulting in an unprotected atmosphere. To give you an idea, the Earth's global magnetic field is still strong as it is powered by a dynamo inside our planet.

It is worth remembering, however, that some scientists believe that Mars still supports potentially life-sustaining underground aquifers. Like Europa, Jupiter's moon, and Saturn's moon Enceladus, they have huge oceans under layers of ice.

“This study emphasizes that there is a very limited size range for planets to have just enough but not much water to develop a habitable surface environment. These results will guide astronomers in their search for habitable exoplanets in other solar systems,” said study co-author Klaus Mezger of the Center for Space and Habitability at the University of Bern, Switzerland. 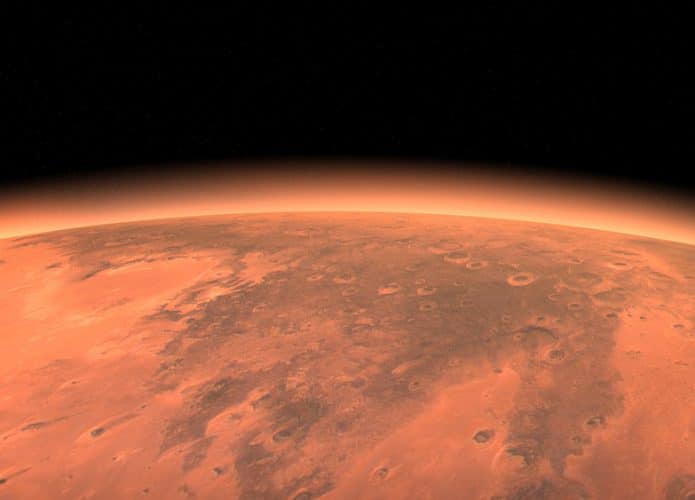 The most valuable: Tesla and Sephora are highlighted in ranking