Two women are the representatives of the Brazil at FameLab Climate Change Communicators, a world competition for scientific communication organized by the British Council, international organization of the United Kingdom for cultural relations and educational opportunities.

Now in its 15th edition, the contest is one of the activities that integrate the program The Climate Connection (The Climate Connection, in free translation) in preparation for COP26 - the conference of United Nations Organization (UN) on climate change, which will take place in the UK in November.

In all, 23 countries participate in the competition, with seven of them in the final. Among them, Brazil, with two representatives: Emiliane Daher Pereira and Larissa Cunha Pinheiro. They are among the ten finalists who will present themselves to the public, online, next Tuesday (28).

The winner (or winner – we're rooting for it) will be announced on November 25th. It is worth remembering that we were winners last year, with the project by Gabriela Ramos Leal.

In this competition, participants must submit a video of up to 3 minutes, through which they explain the scientific concept of their research. Videos cannot be edited and competitors cannot use any illustrative resources, such as PowerPoint presentations or animations, for example.

According to Emiliane, presentations are evaluated based on 3 “Cs”, which refer to: content, clarity and charisma. watch here to the video sent by her.

“I learned about this edition because I participated in the national stage of FameLab last year, in which I was also a finalist, and as it was an incredible experience, through which I met great researchers, with the edition being broadcast on TV Cultura, I continued to have contact with the British Council, as I would like to participate again”, reported Emiliane in an interview with Olhar Digital, noting that the 2020 edition is available on YouTube. “When I learned that this year would be about Climate Change, which I think is an extremely important issue for society, I was even more excited to participate”.

Emiliane is a pharmacist, with a specialization in Industrial Pharmacy from the Faculty of Pharmacy at UFRJ and a master's and doctorate degree in Science and Technology in Polymers from the Institute of Macromolecules Professor Eloisa Mano (IMA), at UFRJ.

Are plastics enemies of the environment?

As a master and doctor in the polymer field, Emiliane's work is related to plastic, one of the greatest enemies of the environment.

However, she says that's not exactly it. “Plastics are seen as great environmental villains, mainly because of their inadequate disposal. However, I would like people to see that the biggest villains in this story are not plastics, but us humans, who discarded incorrectly”, he explains.

She highlights that plastics have brought great advances to society. “In my opinion, we can no longer live without them. The solution to all this, I present as the 'Circular Economy', which is based on reuse and recycling. The more we recycle, the more we are keeping the environment sustainable for future generations, as we reduce greenhouse gas emissions that cause global climate change, as most of the plastics we use today come from petroleum.”

According to the researcher, in addition to avoiding the pollution of urban centers and the oceans, “recycling also adds value to something that was considered garbage, favors a profitable activity, generating new jobs and reducing the amount of waste sent to landfills or garbage dumps , prolonging the useful life of these places”.

Circular economy in the fight against climate change

More than winning the competition, Emiliane wants to get her idea to as many people as possible, "and get people thinking about their role in combating climate change."

“I am already very happy to be one of the finalists in such an important competition. But, of course, I will be even happier if I win, as I will be able to carry the message about combating climate change to the international grand final”, says Emiliane, who has a Instagram profile dedicated especially to scientific dissemination.

A chemical engineer graduated from the State University of Rio de Janeiro, the other representative from Brazil, Larissa, holds a master's degree in nuclear engineering in the area of ​​nuclear reactors from the Federal University of Rio de Janeiro (Nuclear Engineering Program at COPPE/UFRJ) and is a doctoral student at the same program, in the area of ​​security analysis.

His work consists of a proposal to use nuclear energy as an alternative not only as a source of clean electricity, but also for the sustainable production of hydrogen. "My theme is that nuclear energy does not just generate clean electricity, in a resilient way, without the intermittence we see in renewables (take the case of the water crisis: in a world of climate uncertainty, basing your electricity matrix on climate-dependent energy can be dangerous), but it is also the only option we have today, on a large scale, to produce both the heat for industry and for the production of hydrogen without CO2 emission”, explains Larissa.

According to her, hydrogen is considered the fuel of the future. “It will be used both in transport and to produce clean synthetic fuels and it needs heat and/or electricity to be produced. Nuclear energy is currently the best source for its production. When burning hydrogen, only water is released, no CO2”, says the chemical engineer. "Today, 99% of the hydrogen in the world is from fossil sources, and it is possible to produce it from renewable sources as well, but its price is high, and its offer ends up being intermittent, hindering its adoption in the industry".

Larissa says that, currently, there is a huge effort by the nuclear scientific community and by environmentalists to convince that nuclear power is part of the climate solution, “and if it is adopted as not only a means of producing electricity, but also of production of heat, we can improve our fight against climate change”.

“Unfortunately, recent forecasts end up disregarding this potential and diminishing our chances of limiting global warming. My goal is to be able to communicate this to an audience outside the nuclear community and increase people's knowledge, so that they can make conscious choices and demand action towards the decarbonization of energy that includes nuclear energy”, he explains.

Larissa has a YouTube channel, the “Take science!“, through which it broadcasts videos about technology, science and engineering, being a “safe haven against misinformation”. On Instagram, your science dissemination page has about 1,4 followers.

O Olhar Digital wishes the two competitors good luck and will be cheering for one of them to bring this victory, once again, to Brazil. 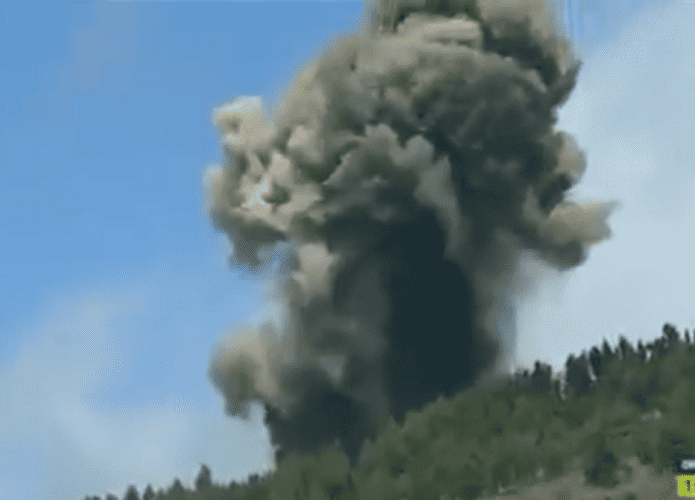 No tsunami: volcano erupts in Spain, but does not cause destructive wave in Brazil
click to watch
Share