Olhar Digital > Internet and Social Networks > WhatsApp is offline: what are the impacts on people's and companies' lives?

WhatsApp is offline: what are the impacts on people's and companies' lives?

WhatsApp, Facebook and Instagram stayed off the air this Monday (4) and started to back gradually in the early evening. But, after all, are we that dependent on these services? What are the impacts caused by the problem on the lives of people and companies?

O Olhar Digital spoke with Soraia Lima, project manager at Publicis and professor of social networks at USP, who stated that the social media and instant messaging services are part of our daily lives, but we must learn from these examples so that we are not hostages to these platforms.

According to her, every company has risk management: “However, even though they are technology companies, they do not always have control over the technological aspects. That's what happened this Monday (4). There are ways to prevent it, but until the problem is diagnosed and resolved, there is no way to return to activities. So far, they haven't even been able to."

Soraia Lima highlighted that “services from Google, Zoom and other platforms also showed instability. So, this was not an isolated fact, although it was felt more by Facebook services”.

Wanderson Castilho, CEO of Enetsec and an expert on cybercrime, said that Facebook had no other option: "I see this as an attack of similar magnitude to that of September 11, but this time, in the digital world."

And what consequences can the problem bring to WhatsApp, Instagram and Facebook? For Soraia, credibility is the main one. “These social media become targets of your competitors' memes. That's because, on average, every two months they have problems, like what we had in April and June of this year. With that, people start looking for other instant messaging services and social networks to try to reduce the impact of this problem”.

“Definitely trust in the platform, as it has shown countless times that our data has been leaked and now it's a matter of availability,” Wanderson replied. "In other words, of the three pillars of information security (confidentiality, integrity and availability) two of them have already been broken and now, it is not possible to know what could happen".

In the case of WhatsApp, the Olhar Digital listed 8 alternatives for the messenger. "But this issue of credibility and migration from social networks usually only lasts as long as these media are offline, as users tend to maintain usage behavior and find it difficult to adapt to other media in a short space of time. time,” said Soraia Lima.

"The Facebook Group has been modernizing and updating itself for some time in order to always be ahead of its competition, and when something like this happens, it brings more to light for everyone who uses the tool, that the ideal is not to depend so much on one single channel. For example, several platforms like TikTok, Telegram, Discord had very high hits and downloads. This takes away the credibility of a stable platform that wants to have such representativeness in the market”, said Diego Santana, a born entrepreneur who has been working with e-commerce since 2008.

“The technologies are prone to problems, but the size that these 3 tools represent today, the system must increasingly be failsafe,” he added.

The repercussion of the fall of WhatsApp, Facebook and Instagram shows the magnitude of the presence of services in people's lives. “Social media and instant messaging services are part of our daily lives. The pandemic even intensified this use, as we depend on them to communicate personally and professionally,” she said.

The curious thing is that, according to the expert, when these services are down, we tend to lose the parameter of how we can relate to people and companies: "The ideal is to learn from this type of problem, so that we don't get hostages of social media. Therefore, we encourage companies to have websites and blogs, for example, in addition to other instant messaging services”.

“Many companies have trusted communications with their customers to a free app and this downturn hits the world economy, family relationships and leisure. In other words, the impact is enormous in life and in business, all due to people's overconfidence, where they shouldn't”, says the Enetsec CEO and specialist in cybercrime.

“In addition to the social impact, where millions of people use the networks to communicate, update, and work, the biggest impact ends up being the economic one. There are millions of companies that use the platforms to sell on a daily basis, and this causes an enormous dependence on their revenue”, said Diego Santana.

“Large companies also suffer from using networks to impact their users with ads, which are unavailable when something like this happens,” added he, who was elected in 2019 Digital Marketing Professional of the Year by the Brazilian E-commerce Association.

What is DNS and how could it have caused Facebook's services to go down?

While there is still no official reason for these problems, it is possible that the responsible is the DNS. First of all, you need to understand what DNS is and how it works.

"DNS - Domain Name System, or domain system names, is basically a protocol that relates the address of a website or application (ie how a user sees it) to a real address (ie, the IP number - Internet Protocol). When a server fails, the IP address is out of reach”, explained Soraia Lima.

“Furthermore, as reported by the company, in addition to this issue, BGP routes were removed from the web, which means that the possible paths to reach the required server were also impacted. In summary: the exchanges of information between systems and servers are not happening as they should, and this mismatch is reflecting on the functioning of the services of these three media”, he added.

Generally, massive site crashes are linked to DNS problems, how happened this year in july, where pages were inaccessible after a DNS failure at the company Akamai Technologies.

According to the specialists of the Olhar Digital, if the DNS does not work correctly, the site is inaccessible, which may have happened with WhatsApp and other services. On Twitter, the executive of server company Cloudfare, Dane Knecht, found that there were problems with Facebook's DNS.

Knecht explains that BGP protocols have been removed from the internet. BGP is the system by which the address travels before opening a website. Without it, the address is “lost” and the page cannot be loaded.

“In a nutshell, DNS is the way we refer to the IPs of computers. Therefore, I do not believe that this drop is a technical problem, since it affects the three platforms of the group, which have hundreds of different DNS servers”, concludes Wanderson Castilho.

So far, officially Facebook hasn't explained what caused its networks to crash, the company said: “Our sincere apologies to all those affected by the disruption of Facebook services at this time. We are experiencing issues with our networks and our teams are working to resolve this situation as quickly as possible,” through Mike Schroepfer, CTO of Facebook.

The problem, as was to be expected, is already reflected in the value of the company's shares, which register a sharp drop in the stock market.

In the early afternoon, the company papers by Mark Zuckerberg operate at a low of 5,63% in Brazil, traded at R$ 62,78. On the US Nasdaq stock exchange, Facebook shares also followed the same downward trend observed here.

This caused Mark Zuckerberg to lose $6 billion and fall in the ranking of the richest in the world. 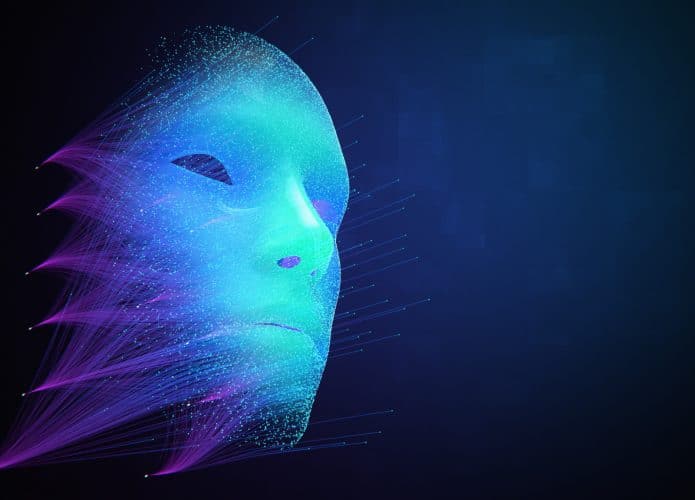