We do Olhar Digital and our partners use cookies, localStorage and other similar technologies to customize content, ads, social media features, traffic analytics, and improve your experience on this site in accordance with our Terms of Use and Privacy. By continuing to browse, you agree to these conditions.
Olhar Digital > Videos > “I know what you guys…”: Amazon launches series based on classic teen horror film

“I know what you guys…”: Amazon launches series based on classic teen horror film 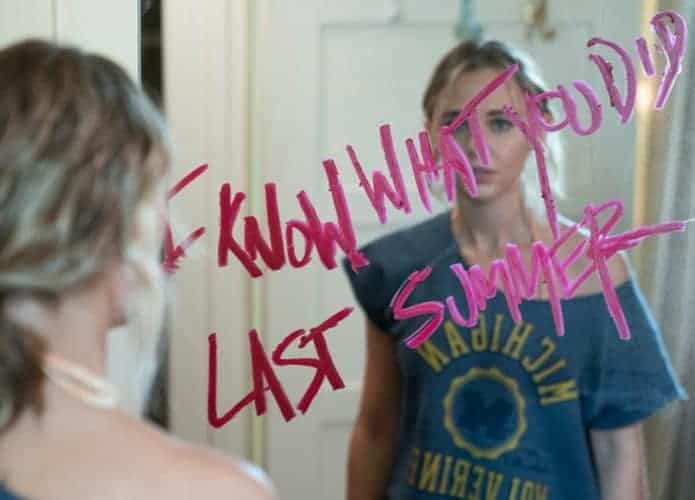 Amazon subscribers can enjoy the time of halloween to marathon the series 'I Know What You Did Last Summer', an original production of the channel. streaming.

In the version, a new cast makes up a group of teenagers who unite over a secret while being pursued by a brutal murderer. They try to find out who is after them and end up revealing a dark side of the seemingly perfect city and themselves.

Another Prime Video highlight this month is 'Demonic – In the Mind of the Devil'. O long tells the story of a decades-long disagreement between mother and daughter that leads to the accidental release of terrible demons.

With more action, the feature film 'Doom: Annihilation' enters the circuit.
A group of marines responds to a distress call from a top-secret science base on Phobos, a moon around Mars, and discovers it has been invaded by demons seeking to create hell on Earth.

Already suspense 'Colors of Justice' is the story of a New Orleans policewoman who is forced to balance her identity as a black woman after witnessing two corrupt cops commit a crime.

There's also a romance, with 'A Second Chance to Love', which features a young woman who got stuck after having agreed to work as Santa's elf for a department store. But because of that, she meets a boy, and life has everything to improve...

Halloween at Disney+: Even Mickey will tell terrifying stories!

Halloween at Disney+: Even Mickey will tell terrifying stories!