We do Olhar Digital and our partners use cookies, localStorage and other similar technologies to customize content, ads, social media features, traffic analytics, and improve your experience on this site in accordance with our Terms of Use and Privacy. By continuing to browse, you agree to these conditions.
Olhar Digital > Vehicles and Technology > Journalist drives Kia EV6 electric car blindly, using only cameras

Journalist John McCann, from TechRadar, led a Kia EV6 - the last electric vehicle from the South Korean automaker — fully enclosed in black film, to find out: is it possible to drive a car using just the cameras?

The question has a tricky face, but it is serious. With the advancement of technologies LiDAR and from the installation of auxiliary steering cameras at launches, some automobiles can give the feeling of bypassing low visibility on the windshield, say, in a rain at night. The aim was to compare if the spatial sense of the cameras is as good (or at least pilotable) as when we have our eyes on the road.

The test was carried out in a closed parking lot, with cone distribution to form paths and obstacles. The windshield wasn't completely overshadowed, with the vinyl film even offering “a certain ambient light,” explains McCann.

Cautiously, McCann began to drive the car, rummaging through the 12,6-inch dashboard between the different views on the camera's cameras. Kia EV6. It took the driver a while to locate himself until he found the position in reference to the cone maze.

“The first turn, a relatively gentle left turn, passed easily, so the path tapered to little more than the width of the EV6, and near-exact precision was required,” says the journalist.

McCann drove into a parking space, and managed to back up without a problem, but for a distraction, he hit one of the cones in a left turn. “I was a little disappointed”, says the pilot, who after the slip, concentrated until the end of the course.

Fun but not safe enough

At the end of the tests, McCann concludes that you can drive a car with only the assist cameras, but that he wouldn't recommend it to anyone. For the journalist, the circumstance is far from being considered safe to replicate in the real world.

“It was a nice demonstration of how far the technology has come so far,” he says. “What this demonstrates is the types of data accessible to our cars. Add these live views to the various other sensors and radars found in EVs and you begin to understand how we're getting closer and closer to fully autonomous driving.” 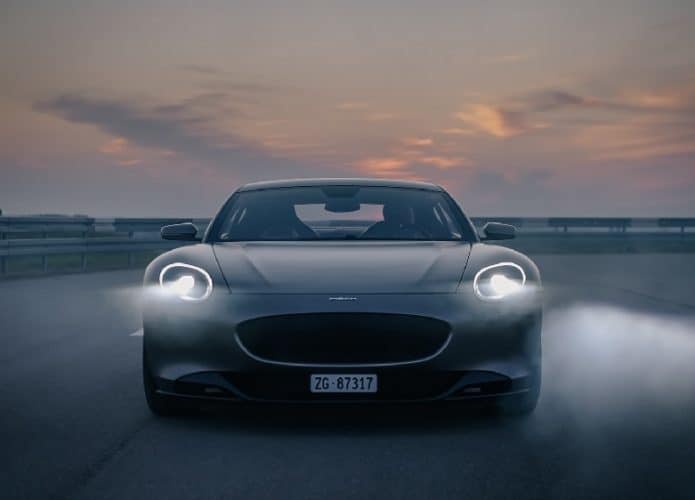