Olhar Digital > Science and Space > End of the Dinosaurs: What Really Happened When an Asteroid Crashed Earth?

End of the Dinosaurs: What Really Happened When an Asteroid Crashed Earth?

Hidden under the waters of the Gulf of Mexico, the crater Chicxulub marks the impact site of an asteroid that hit Earth 66 million years ago. The most important result of this cataclysmic event was the fifth mass extinction, which wiped out nearly 80% of all animal species, including almost all animals. dinosaurs.

But, what actually happened when the object collided with the Earth?

By studying the geology of Chicxulub crater and elsewhere in the world, scientists have been able to piece together a detailed lineup of what happened on that terrible day and in the years that followed.

The asteroid collided with Earth at the most destructive angle, according to a 2020 study published in Nature Communications. The object was about 12 kilometers in diameter and was traveling at about 43 km/h when it created a 200 km scar on the planet's surface, said Sean Gulick, a research professor at the Institute of Geophysics at University of Texas, who led the study.

More importantly, the asteroid hit the planet about 60 degrees above the horizon. This angle was particularly destructive because it allowed the impact to eject a large amount of dust and aerosols (particles even smaller than the droplets) into the atmosphere.

Gulick pointed to evidence supporting the simulations for the angled impact, including the asymmetrical structure of the crater, the position of the upwardly curved mantle rocks, the unique sequences of sediments in collected cores from the region, and in particular the absence of a distinct type of rock, called evaporites, in the cores, such as halite and gypsum.

Gulick's team estimated that the impact would have vaporized the evaporitic rocks, sending 325 gigatons of sulfur in the form of sulfur aerosols, as well as 435 gigatons of carbon dioxide, into the atmosphere.

The material released into the atmosphere consisted largely of pulverized rock and sulfuric acid droplets from sulfate-rich marine rocks known as anhydrite that vaporized during the asteroid's fall, according to a 2014 study published in the journal Nature Geoscience .

This cloud of microscopic material created a shroud around the planet, reducing the entry of light and solar heat. The resulting long-term cooling dramatically altered the planet's climate. A 2016 study in the journal Geophysical Research Letters found that the average temperature in the tropics dropped from 27 degrees Celsius to just 5 degrees Celsius. As sunlight waned and the planet darkened, photosynthesis slowed and the base of the food chain on land and oceans collapsed, bringing down dinosaurs and many other animals.

Meanwhile, airborne sulfuric acid led to lethal acid rain that fell for several days after impact, killing countless marine animals that lived in the upper oceans, as well as in lakes and rivers.

The impact also unleashed huge tsunamis, huge waves that rippled across Earth's oceans. The first wave initially reached almost 1,5 km in height and traveled at 143 km/h. Other waves have reached enormous heights, including up to 15 meters in the Atlantic Ocean and 4 meters in the North Pacific Ocean. Evidence of massive waves, by the way, is preserved in the sediment record around Louisiana, USA. A three-dimensional seismic survey of the geology under the state revealed large asymmetric ripples 16 meters high, which point to the location of the impact in the Gulf.

It's easy for geologists to see when the asteroid has hit the spot by examining the rock layers; in rocks around the world that date to the late Cretaceous period (66 million years ago), there is a thin layer of clay enriched with iridium, a rare element on Earth but common among space rocks.

Despite all the catastrophic developments caused by the asteroid's crash, Gulick believes the biggest problem was the global changes in Earth's atmosphere, which led to the planet's cooling for more than a decade. “The only way to make a mass extinction event is to mess with something that affects the entire planet. Here, you have direct evidence that this happened”, he concluded. 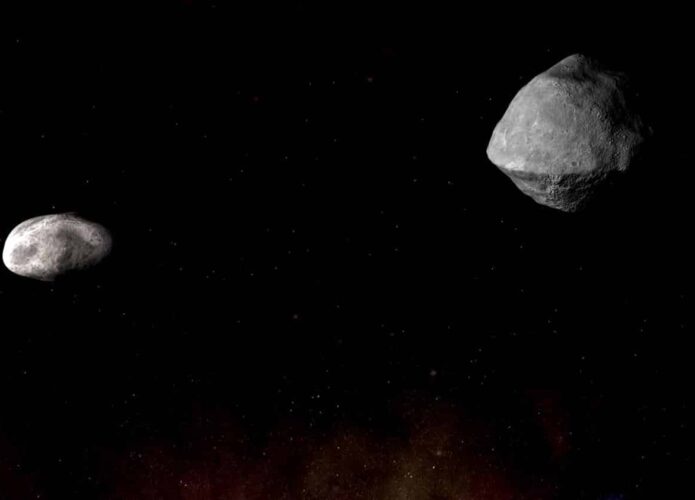 tags: AsteroidChicxulubdinosaursExtinction of Dinosaursend of the dinosaurs
Share this story
Previous article

Researchers discover how muscles "heal" after a workout