Doctors take Covid-19 after meeting at an anti-vaccine event

After meeting at an anti-vaccination conference to discuss Treatments alternatives, seven doctors tested positive for Covid-19 in Florida, USA. One of them, Dr. Bruce Boros, according to information from the tabloid The Daily Beast, developed the severe form of the disease.

“I have been taking ivermectin for 16 months, my wife and me. I have never felt so healthy in my life”, said the cardiologist at the end of the meeting. Two days after the declaration, the news: the doctor and six others were infected.

According to sources close to Dr. Boros, who asked not to be identified, the disease, however, affected the doctor to the point where he was unable to work or answer his emails. However, conference organizer Dr. John Littell told the website that “everyone so far has responded to ivermectin treatment. [and] Bruce is fine.”

According to his background, Boros is a strong supporter of ivermectin, previously recommended for treatment against Covid even without scientific proof, and was even testing the drug in a personal study while ingesting the drug daily without a prescription.

“I hope to proceed with my observational study of ivermectin quickly,” he announced in a July 28, 2020 Facebook post. “It's working where it's being used around the world.”

The doctor, known in his city, even attacked Dr. Anthony Fauci, medical consultant from Joe Biden, current president of the United States. “Fauci is a fraud! The big pharmaceutical industry is playing us like fools”, he fired. The publication caused an uproar on social media, a plateful for conspiracy theorists.

During the conference, the professional also criticized the father, who at 97 years old decided to go against his son's guidelines and receive two doses of the vaccine.

“He was brainwashed. He managed. He didn't tell me. I was very upset. I wanted to spank him”, he said, informing that unfortunately his father died a few days later – which reinforced his anti-vax ideas.

For the host of the event, the professionals who participated, between 800 and 900 doctors, came infected from other places and, since the event did not require the use of masks and social distance, the dissemination occurred.

“I think they got them from New York or Michigan or somewhere else,” said Dr. Littell. "It was definitely people who came from other places."

“You are not a horse,” says FDA

In August of this year, the Food and Drug Administration (FDA) published an article explaining why people should not use ivermectin as a treatment against Covid-19. The message, realistic for some and somewhat “rude” for others, went viral on social media.

It is also worth remembering that the vaccine does not prevent you from contracting the virus, but it minimizes the chances of death. Data from the Centers for Disease Control and Prevention (CDC) indicate that unvaccinated people are six times more likely to become infected with Covid and 14 times more likely to die than those who have been vaccinated.

Also according to the organization, "Covid-19 vaccines are safe and effective" and "millions of people in the United States have received vaccines under the most intense safety monitoring in US history." 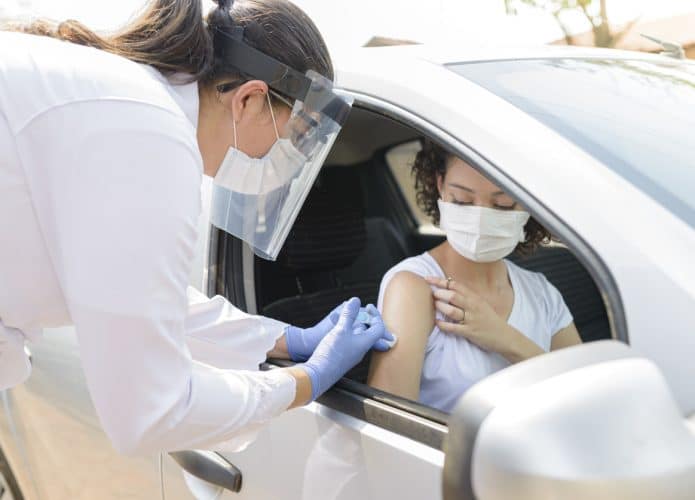 São Paulo government releases the use of outdoor masks from December