This Monday, 20, Google announced a new version of Google Glass, the augmented reality glasses for corporate use, which is now classified as an official product of the company instead of an experiment. Called Glass Enterprise Edition 2, the device looks much more like ordinary glasses and has a new Qualcomm processor, an enhanced camera, a USB-C port for faster charging and several other updates.

Although Glass is not a flagship product from Google, the company appears to have high sales expectations for the new device. That's because he no longer belongs to Alphabet's Division X and has returned to the company's product family, the statement said. According to the project manager for the glasses, Jay Kothari, the change was made to better meet the growing demand for the use of w (literally, wearable and smart accessories) in the workplace. 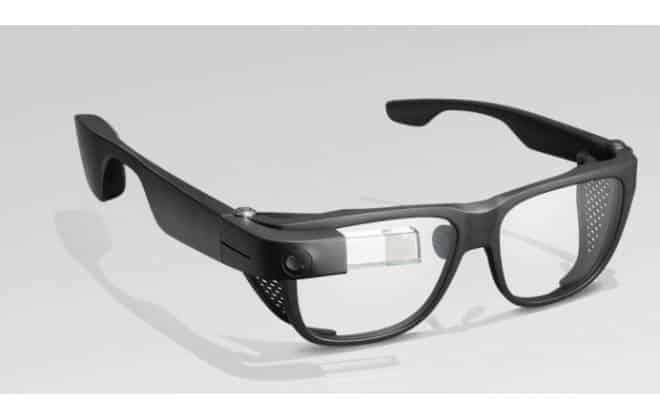 Simple in the device, we see only the basic design with lenses and frames similar to ordinary glasses. The device's software, on the other hand, has gained a notable improvement: it is equipped with Qualcomm's Snapdragon XR1 processor, designed for augmented reality (AR) and virtual. The chip allows to achieve high performance and low power consumption, which increases the battery life of the glasses. The new processor also allows for a better Wi-Fi and Bluetooth connection.

Google says that, with the power of the XR1, the new glasses can incorporate "computer vision and advanced machine learning capabilities". The company has already launched for its smartphones the image and text recognition application called Lens, which offers features as translation of signs and restaurant recommendations. It was not clear which features of the new Glass are also found in Lens. In addition to a larger battery and other updated components, the new version can run Android, with support for Mobile Device Management by Android Enterprise.

Initially designed to be sold to the general public, Glass today is aimed at the corporate market, after complaints from consumers about privacy and functionality of the glasses. According to Google, companies reported "faster production times, better quality and reduced costs" after adopting the device, which is often used to facilitate troubleshooting and access computing processes.

Enterprise Edition 2 will be sold to order for $ 999 and continues to focus on business customers. The price, although high, is more affordable than its predecessor, which hit the markets at $ 1.500. Google has not announced a forecast for a product launch date.

Several other companies are also working on AR glasses for corporate use, including Microsoft, which develops its HoloLens. Meanwhile, the large consumer device has not yet been very successful in establishing itself as a major technological interest. Taking Glass out of Division X is a vote of confidence by Google in the selling power of the device, but for now, there are no signs that the w is reaching a wider audience.